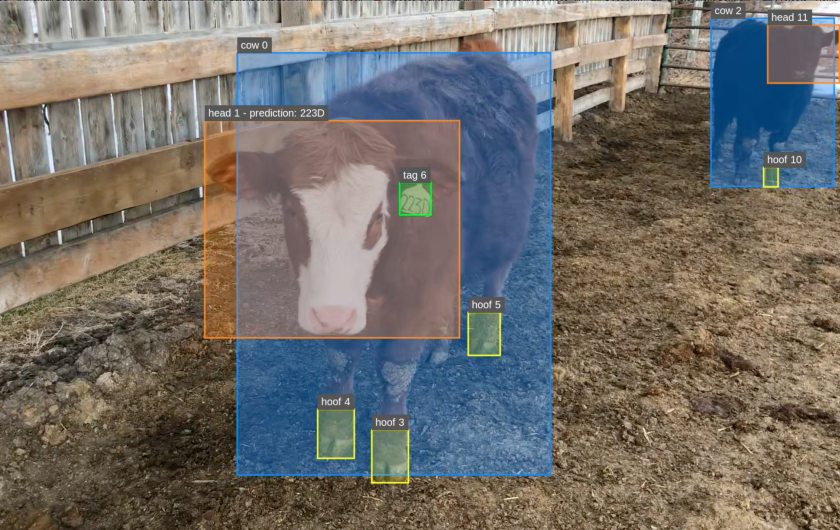 The highly computerised system identifies each animal and constantly tracks them

Facial recognition is already being used by mobile phones and passport scanners but it could soon become commonplace on livestock farms as a method of identifying animals.

The entrepreneurs have developed a system that not only identifies each animal but also constantly tracks them, all the way from the point of conception through to the end of life.

One Cup’s most developed version of the technology is called BETSY (bovine expert tracking and surveillance) and is specifically designed for cattle.

However, they are currently working on systems for a wide range of animals, including fish.

Husband and wife team Geoffrey and Mokah Shmigelsky came up with the initial idea whilst they were visiting their family in rural Canada, who farm 1000 head of black Angus cattle.

“They were getting frustrated that the ID tags on the cattle kept getting lost in the Canadian winter, and we were left wondering whether it would be possible to use computer vision to identify them without tags,” Mokah said.

Geoffrey is an engineer with a background working in AI and so it soon became apparent that the idea was feasible and that there were more things than just ID that could be monitored.

“From there we drew up a board of around 20 advisors that includes people in the industry, as well as experts in network and media.

"They helped us to get to grips with the capability of the technology and understand what was industry relevant,” he said.

The OneCup system uses a series of cameras, installed around the shed or grazing area where the livestock are kept, that connect into a single router that controls the system.

The camera technology picks out the cattle from the background and then separates each animal from one and other, from there it identifies specific body parts on each cow which can then be tracked in each frame of footage.

It primarily uses the face to identify each of the animals because the size of the face means that it can be identified from a greater distance. 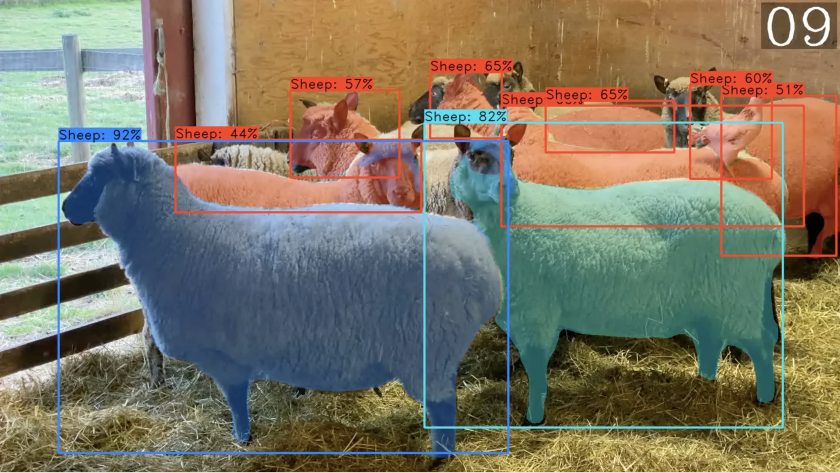 The facial recognition technology can identify animals from all angles

The facial recognition technology does not need just the front of the face to work but it can identify the animals from all angles, and reaches almost 100% accuracy, according to OneCup.

Geoffrey said: “The identification is the core of the technology but once the animal is identified you can track all sorts of things like activity, health, nutrition, and growth.”

He went on to say that the technology is true artificial intelligence: “Every few days the system retrains itself, so that as the animals age it IDs them again.

"This is not a static system, it is constantly learning.”

OneCup believe that their system can be used in almost any situation: “The cameras can be used inside and out as they are solar powered," Mokah said.

"The system requires 4-6 cameras in a standard field location because the ability for them to pan, tilt, and zoom allows them to cover a wide area."

What can it do?

The whole system ties into a portal which can be accessed by the farmer on a phone or computer.

“The farmer can see a live video feed of their animals in different locations, and they can pull up analytics based on the herd, or individual animals.

"They also receive an alert if something is wrong with an individual, for example it is starting to calve or if it has not been seen for a few days,” said Mokah.

The calving tool has proven particularly useful in Canada, according to Mokah, where winter temperatures can fall below -30, however Geoffrey was keen to stress that the system is: “far more than just a calving tool.”

“There are a wide number of things we can track. We can identify the symptoms of BRD (Bovine Respiratory Disease), measure the stress of an animal, and even see when an animal is unwell by looking at whether it is spending a lot of time away from the pack or sitting down lots.”

Now the platform is developed, it is straightforward to add new things for the system to monitor, whilst it also has potential for use in livestock transport.

“It can automate the record keeping process, making it more efficient, knowing exactly which animals are on the lorry," Mokah added.

"Being able to identify stress, it also adds a welfare benefit, which is particularly relevant with more consumers wanting to know that their food is produced in an ethical, humane, and sustainable manner.” 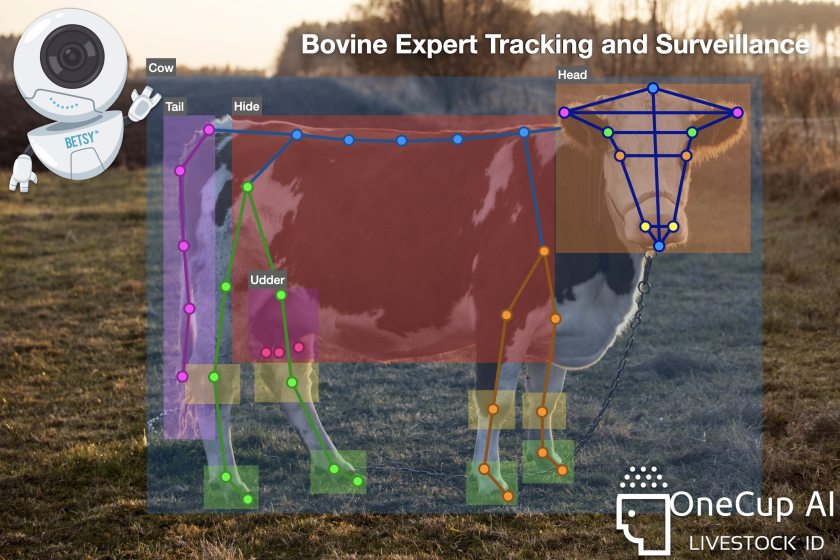 The system requires 4-6 cameras in a standard field location

Commercially the system is still in the early stages, however they said that the rollout is growing at pace.

OneCup said they had interest from across the world and they believe that the development of Elon Musk’s Starlink broadband will open many more rural parts of the globe to their technology.

“Starlink is really going to transform rural industry, it will enable the uptake of all aspects of artificial intelligence,” Mokah said.

“It opens doors for us. We are currently working with elk and will likely move into national parks where we will work with bears and wolves.

"It has the potential to monitor endangered populations with no need for tranquilising or tagging, it would simply require the cameras to be setup at a watering hole or area where the animals regularly congregate.”

Geoffrey stressed that this technology has genuine potential because of the reduced cost compared to hardware tagging.

“The cost of this is less than a pound per head per month. Across the board the cost of computer technology is going through the floor and this is following that same trend”.