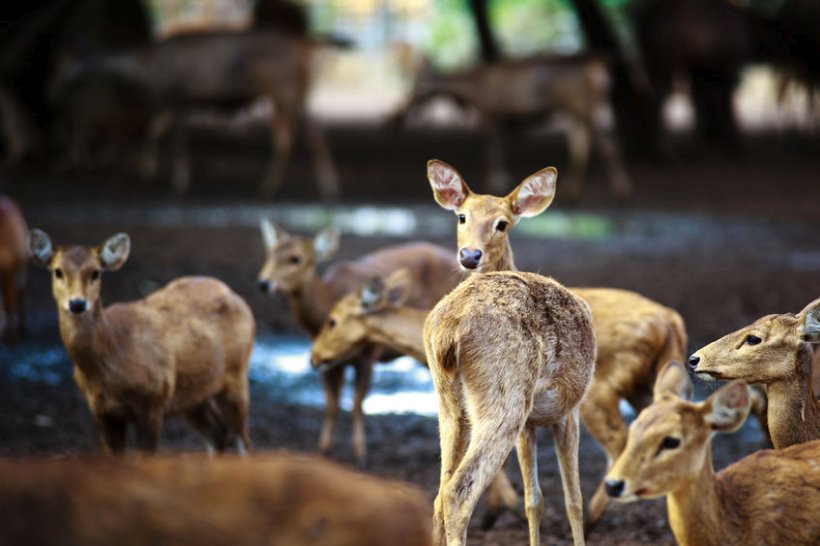 Scientists are seeking to better understand the threat posed by an infectious disease affecting deer and related species to inform ways to manage outbreaks on farms and in wildlife.

A team led by researchers at the UK's Roslin Institute will investigate the spread of Chronic Wasting Disease (CWD), a condition similar to BSE in cattle, in European deer.

They will seek to inform efficient strategies to detect and control infections, and to determine what risks are posed by CWD – which involves misfolding proteins, or prions, in the brain – to farmed livestock and humans.

Their findings may help prevent serious outbreaks of the deadly disease, which has become widespread in wild and farmed deer across North America, with small numbers of cases in Europe in recent years. Farmed animals affected by the disease have to be culled.

The scientists will seek to understand how the disease spreads, by studying details of cases in Norway and Sweden, such as location, age, and movements of affected deer, alongside data on deer populations in these countries.

Mathematical tools will be developed to guide disease detection and predict its potential spread, so that control strategies can be devised and tested.

Researchers will also seek to understand the influence of animals’ genes on their susceptibility to disease, including whether any major species of wild and farmed deer in Europe are less likely to be affected, or whether variants of particular genes may offer protection to some individuals.

Identifying genes that make animals more resilient to infection could inform selective breeding in farmed animals, or support research towards a vaccine.

Given major differences between the species of wild deer, their population sizes and distribution, habitat and management, lessons learned from incidences of disease in North America may not apply in Europe, so more research is needed, scientists say.

The characteristics of CWD cases in Europe are different from those in North America, suggesting that infection has not spread from imported deer, and that there are several different strains or types of CWD.

Dr Fiona Houston, of Roslin Institute said: "We hope to shed light on how this disease could affect deer farms and wild deer populations – how infection occurs, how it spreads among deer and how it could potentially cross into other species.

"With better insight, we can identify useful approaches to monitor and limit the likelihood of costly outbreaks."

Scientists will also carry out tests to examine the likelihood of the disease spreading between farmed species such as sheep, cattle or pigs.

This will involve studies in mice, and in laboratory tests that mimic transmission between species.