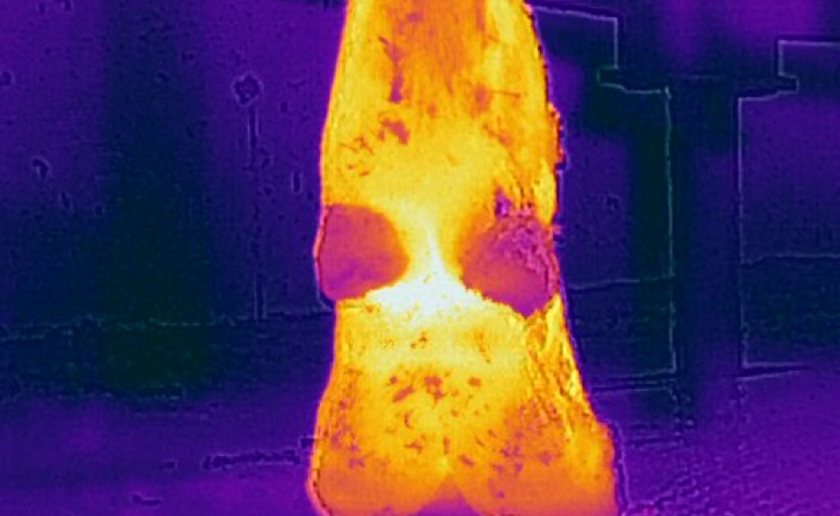 Researchers compared the thermal images of 83 cows’ hind feet, captured with both high and low cost thermal imaging devices
Sign in to add your own press release SIGN IN Register

The effectiveness of cheaper devices could result in wider use amongst farmers, vets and hoof trimmers helping to identify lameness earlier, the Royal Veterinary College (RVC) study suggested.

Lameness is a highly prevalent issue in the UK with 20-25% of cattle affected nationally, costing the industry over £53 million each year.

The findings of this study could have benefits for farmers and the dairy industry, namely by reducing the high economic costs of the condition and increasing cattle welfare.

Very little difference was identified in the performance and quality of the devices despite the low-cost device being 2% the cost of the high cost device.

Images captured suggested that low-cost thermal imaging devices would be the most cost-effective choice to aid in the identification of lameness.

This study highlights the effectiveness of cheaper infrared thermal imaging devices in identifying the condition which has the potential to lead to the wider use of the devices by farmers, vets and hoof trimmers, in turn allowing the condition to be identified earlier.

Whilst high-cost devices have sometimes been used to detect lameness in cattle, the price point of up to £20 000 and fragility has previously limited their usefulness in a farm setting.

Aidan Coe, lead researcher of the study said: “There is a possibility that low-cost infrared thermal imaging devices could be used as an objective, cost-effective method of assessing the lameness of the national herd, which may prove a useful adjunct to the current lameness detection methods.”

Dr Nicola Blackie, the study's supervisor, said the project had the potential to make early detection of lameness accessible to more farmers, with great economic and welfare benefits.

"By demonstrating the almost equal effectiveness of lower-cost thermal imaging devices to that of more expensive equivalents, this study helps make this technology available to much more of the farming population.”