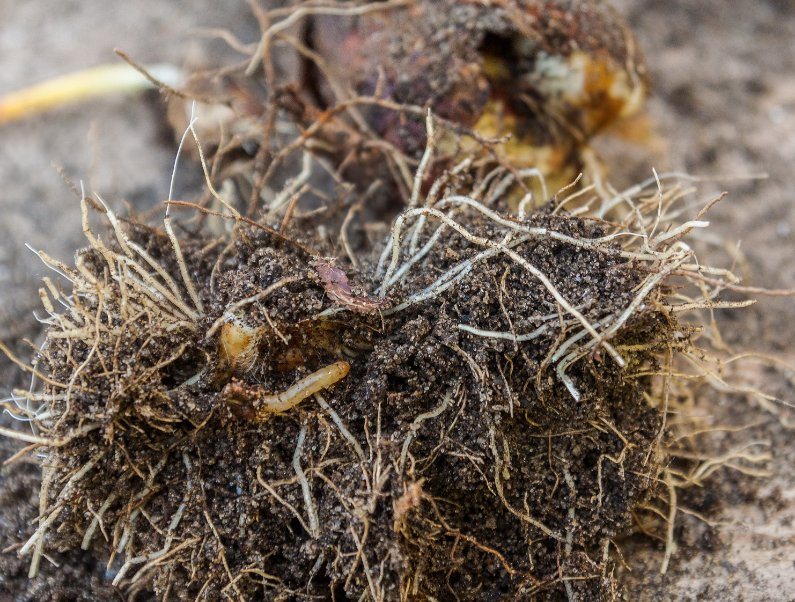 Wireworms, or click beetle larvae, are a major pest of cereals and root vegetables in the UK

Researchers are asking farmers and growers with a wireworm problem to get in touch to help them develop new control methods.

Wireworms, or click beetle larvae, are a major pest of cereals and root vegetables in the UK.

Seed treatments and other contact insecticides are traditionally used to protect crops from feeding damage.

However, these pesticides are being phased out in Europe, and it is doubtful if a new soil insecticide could ever become available for wireworm management.

In response to this, scientists at Rothamsted Research are investigating alternative methods of control.

The main aim of its project is to develop wireworm management strategies based on attractive soil traps.

Blends of these attractant chemicals, applied as slow-release formulations for example, will help create pest monitoring and management systems for wireworms, circumventing the issues connected with insecticides.

Dr Jozsef Vuts, from Rothamsted explained: “Plants are constantly releasing chemicals into the air or the soil, and pest species have evolved to tune into these as a way of finding food.

"We can use that to our advantage by creating traps that lure the wireworms by emitting these very same ‘smells’.

“These traps and non-toxic and provide an environmentally benign alternative for soil pest management."

Wireworms became a problem after WWI, as large areas of grassland were being dug up for potatoes.

But back then the limited pest control options available to farmers included using arsenic or cyanide.

Science has moved on since then and, as Dr Gareth Thomas says, these 21st Century approaches will significantly impact UK and international plant and insect science by providing a better understanding of below ground ‘chemical ecology’.

He said: “It will also create a model for controlling soil pests in general towards other more sustainable solutions - such as breeding of crop plants with chemical traits that either don’t attract, or even repel, pests.”