Study to look at role of insect manure in UK farming 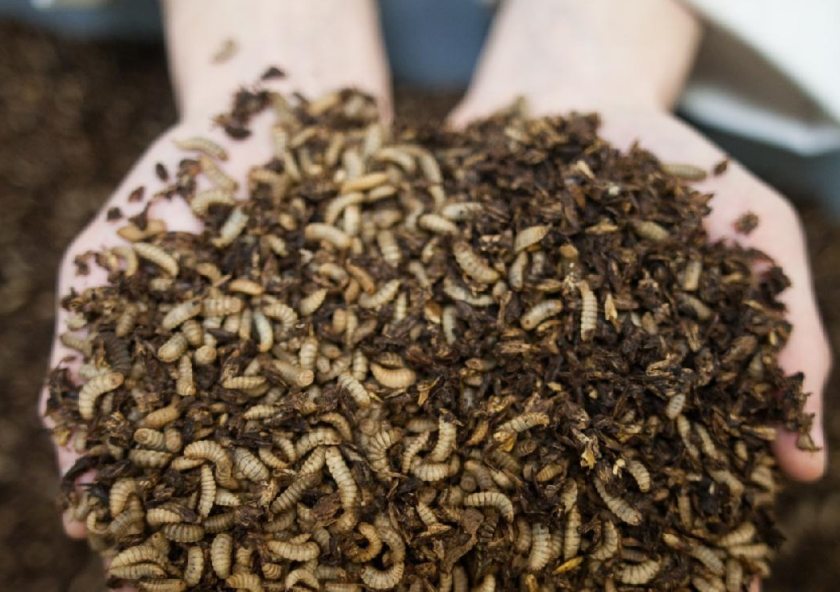 The waste from larvae production could be used as a crop fertiliser should commercial insect farms get off the ground in the UK.

Researchers are investigating as part of a major government-funded project to look at the viability of rearing insects for animal feed in the UK.

The project will take the waste material, known as frass, from Black Soldier Fly larvae reared in a commercial set up by London start-up company Entocycle.

Researchers at Warwick and Durham will characterise the frass, where the larvae have been fed on different types of food waste, and investigate its use as a plant fertiliser and growth stimulant.

Glasshouse and field based trials will be undertaken at the University of Warwick’s Crop Centre at its Wellesbourne Campus.

Rob Lillywhite, project lead at the university, said researchers were excited to examine its use in plant production as it was a natural and sustainable product.

“Frass is a by-product of producing insects and is likely to contain many of the essential elements required for plant growth.

“Finding a value-adding use for the frass will add to the sustainability of using insect protein in the food system as an alternative to products like soya.

“We will test the frass and investigate its plant nutrient potential, both in its natural form and then look at any possibility of processing it as an ingredient in plant feeds.

“It’s early days in the project with very little science of this sort having gone before.”

The research is part of a £10m package from the government’s Industrial Strategy Challenge Fund (ISCF) to help fund the construction of the UK’s first large-scale industrial insect farm and accelerate the development of sustainable food production systems.

The ambitious project, led-by Entocycle, will deliver a plan to rapidly convert food waste into insect-based animal feed for the aquaculture and pet food industries.

It also aims to reduce CO2 emissions related to the sourcing and production of traditional sources of protein and help the UK improve its food and feed security in the future through more localised supply chains.