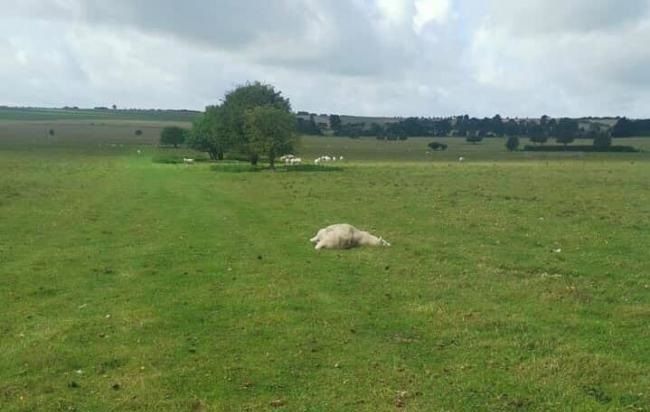 Suspected hare coursers gained access to a field in Dorset and ran over six sheep with a vehicle, police have said.

Speaking on social media, the team accused hare coursers of 'purposely driving on fields and mowing ewes and lambs down'.

The incident occurred in the Sixpenny Handley area between 8pm on Friday 21 August and 8am the following day.

"Terrible. What scum would even think to do something like this and in my constituency too," he said on Twitter.

*** WHO DID THIS?? ***
21/8 Friday overnight #SixpennyHandley #HareCoursers purposefully drove in to sheep fields & mowed ewes & lambs down, killing six, leaving tyre marks across their bodies. Any info in confidence.
Someone knows who did this.Patrols & investigation continues pic.twitter.com/8Ov6M6K94k

A spokesman for Dorset Police Rural Crime Team added: "We are asking anyone who was driving in the area at that time to review any dash cam footage and get in contact if they have any information which may assist us.

"Likewise if anyone witnessed any vehicles or persons acting suspiciously in the area please get in contact.

Hare coursing has increased in recent times, leading some police forces to launch campaigns which deal solely with the crime.