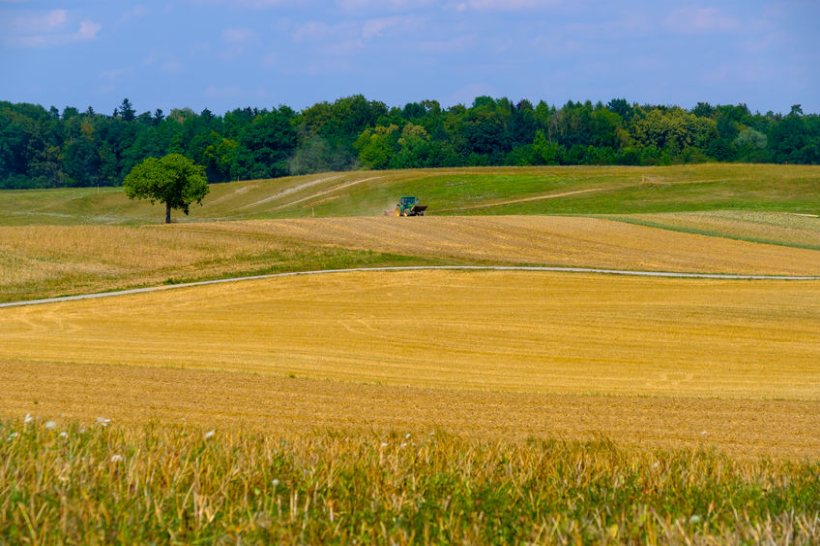 Switzerland voters voted on Sunday whether to ban synthetic pesticides

Voters in Switzerland have rejected a proposal to ban the use of synthetic pesticides on farms and gardens.

The measure was included as part of a wider package to help Switzerland meet targets under the Paris Agreement on climate change.

Sunday's (13 June) referendum vote on synthetic pesticides, which took place under Switzerland's system of direct democracy, went 61% against and 39% in favour.

If it had passed, it would have made Switzerland the first European country to ban synthetic pesticides.

The farming sector and the government, which both campaigned against the measure, said approval would have meant lower farm production and higher food prices.

Swiss President Guy Parmelin said: "This is a reasonable and pragmatic decision which guarantees the future of our agriculture and the country's food security.

He added that the result "gives the agricultural sector the chance to pursue transitional reforms towards more sustainable production."

But supporters of the campaign, the Pesticides Initiative coalition, said synthetic pesticides lead to serious health problems and harmed biodiversity.

Their initiative, entitled "For a Switzerland free from synthetic pesticides," calls for a nationwide ban within 10 years.