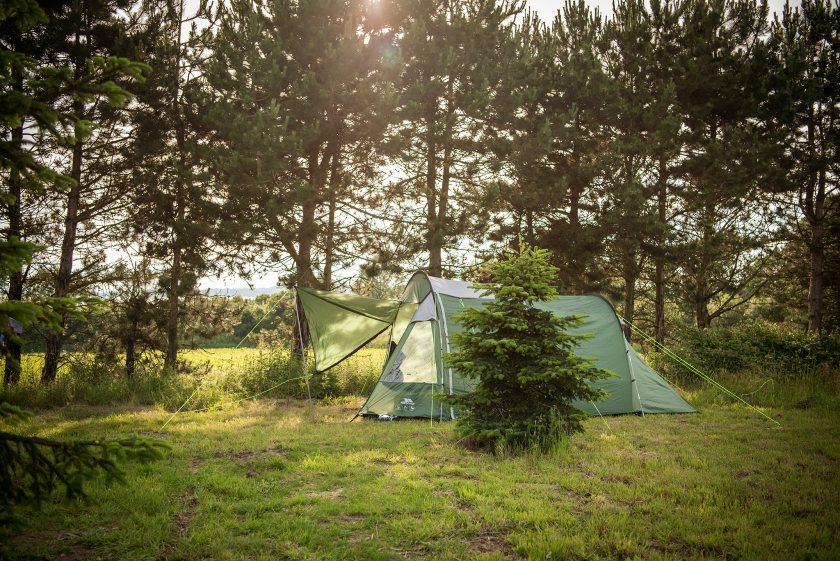 Temporary campsites set up on farms have given Britain's rural economy a major boost, but many businesses fear that relaxed permitted development rights will soon be reverted.

According to figures from Pitchup.com, on-farm temporary campsites across the UK have generated more than £25 million over the past twelve months.

And it’s not just so-called ‘honey pot’ areas that have shared in the spoils, as poorer rural areas have also benefited from 'staycation' tourists.

Areas such as Staffordshire, Lincolnshire, and Herefordshire, which usually lose out to more popular destinations like the West Country and Lake District, all shared in the windfall.

According to the outdoor accommodation provider, £9.8m was generated through pitch fees alone, with an extra £2.9m being spent with campsite owners on firewood and farm produce.

But the lion’s share of the money – £12.9m – was spent in local rural businesses including pubs, shops, and restaurants, throwing them a lifeline amid the pandemic.

The boom in pop-up campsites started in summer 2020 after the government temporarily extended the right to open them from 28 days to 56 days without applying for planning permission.

The change, which involved an aspect of planning legislation called permitted development rights (PDR), was enacted to help the power a post-Covid rural recovery.

However, this is due to revert to 28 days at the end of December.

Dan Yates, founder of Pitchup.com, said the 56-day extension had a positive impact on the rural economy 'just when it was needed'.

But while the world is still suffering from the ongoing pandemic, he said it was a 'shame' the government had no plans to extend the initiative this year.

The decision by the Westminster government to end the extended PDR this year is at odds with the Welsh government which is currently consulting on a permanent extension to 56 days.

According to the administration, "temporary permitted development rights have been particularly beneficial in enabling the provision of additional capacity for campsites and broadening the range of tourist provision available to cater for the increase in staycations."

Mr Yates added that one of the most positive results of extending PDR had been bringing tourism to areas of the UK that most needed a boost.

“Thanks to the 56-day ruling, lots of temporary campsites were set up in these areas and campers flooded in, generating a whole new income stream for local businesses in some of the UK’s less visited rural locations.

“So, as well as being a shot in the arm for the rural economy as a whole, it has also helped ensure some poorer rural communities have shared in the gains.

"While foreign travel will of course recover, we believe that the pandemic has prompted a permanent shift towards outdoor accommodation in the UK.”

Mr Yates added that demand for next year was showing no sign of abating. “Bookings for 2022 are already 145% up on the same time in 2019 and one campsite has already taken 305 bookings for next year.

“If the 56 day extension were to remain in place on an ongoing basis, the impact on the rural economy would be very significant,” he said.