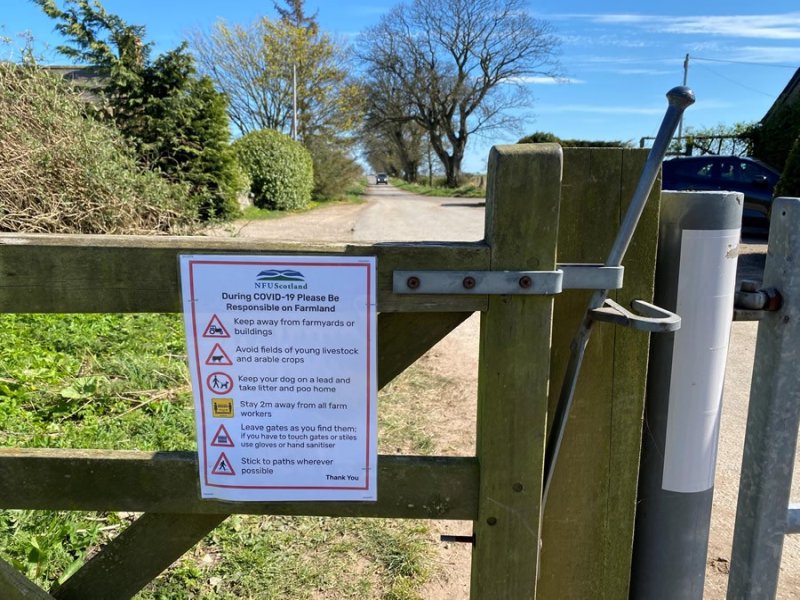 Ten sheep have died following a suspected case of livestock worrying on a Scottish Borders farm, police have said.

The incident, which happened on Halmyre Mains Farm near West Linton, occurred on either 15 or 16 April, police believe.

Dog owners have now been warned to ensure their pets are on a lead at all times when near livestock.

It comes as Scottish farmers pleaded with the public to follow posters on how to access and enjoy the countryside with 'care and respect' during the Covid-19 crisis.

A Police Scotland spokesperson said: "Dog owners are asked to be aware of the effects of sheep-worrying, and let others know too.

"Make sure you know where your dog is at all times. If you're letting your dog off the lead, be confident there are no livestock nearby.

"Be sure that your dog will return to you promptly on command and if in doubt, keep them on the lead."

"If you have information you can contact Police Scotland on 101 quoting Incident 866, April 16, 2020," the spokesperson added.

Despite sharp falls in Scotland, Wales and Northern Ireland, rises in England contributed to the continued high cost of attacks.