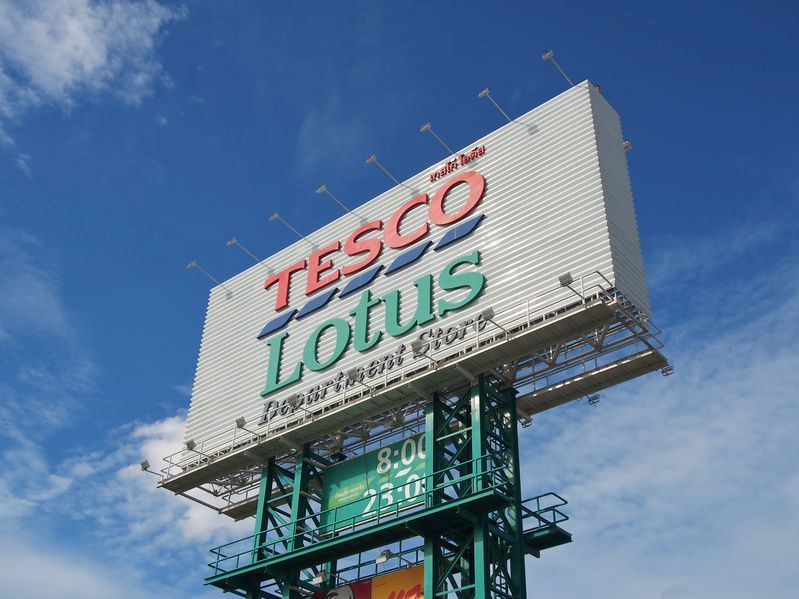 Tesco Lotus, a supermarket chain in Thailand, has been accused of selling pork products stemming from cruel methods

Tesco Group's second largest business outside the UK has been accused of selling pork products where pigs are kept in cages no bigger than a fridge.

Tesco Lotus, a supermarket chain in Thailand, has been accused of using sow stalls by charity World Animal Protection, a practice that has been banned in the UK since 1999.

Campaigners are demanding Tesco to introduce a global pig welfare policy to stop the 'barbaric practice' on farms that supply its stores worldwide.

The charity's report says the practice ensures that mother pigs are kept as 'breeding machines'.

Three out of four of the world’s pigs are confined in this way, the report notes.

Ian Woodhurst, World Animal Protection’s farming campaigns manager, said: “Why should a mother pig have to suffer under the Tesco brand just because she’s been born and raised in Thailand?

“She would normally roam around foraging for food, socialise with other pigs and build a nest for their piglets. On a factory farm she cannot do any of this, trapped in a tiny steel cage where she can barely move.”

He added: “Supermarkets have the power to make a change for farm animals. We’re urging Tesco to stop this misery and improve the lives of mother pigs on farms that supply its 2000 Tesco Lotus stores across Thailand.”

World Animal Protection is calling on shoppers to email the Tesco CEO to call for action on this issue.

The charity has already had success persuading CP Foods, a Thai pork producer, to get mother pigs out of cages in their Thai operations by 2025.

Tesco Lotus operates a network of more than 2,000 stores across Thailand.