Tesco will replace enriched cage eggs with barn in 2025 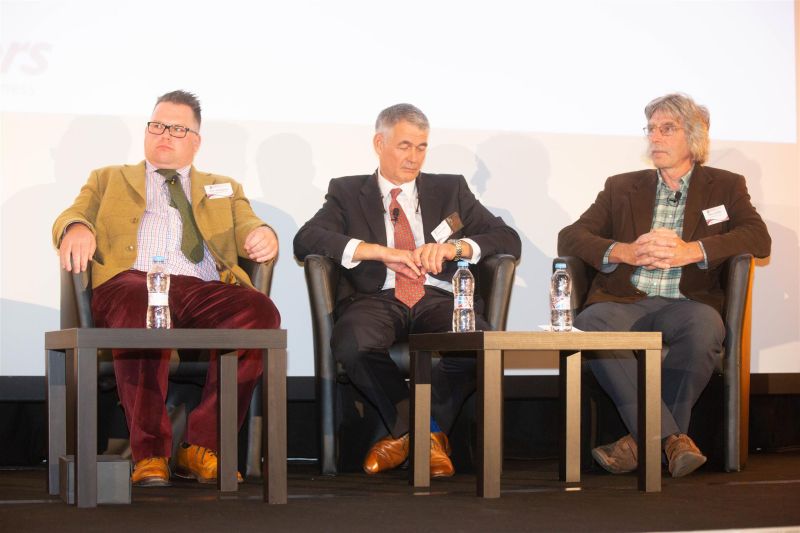 This year, during a panel session at the BFREPA conference, the panelists were asked for their thoughts on what would happen come 2025

All the major United Kingdom retailers and a number of leading food service companies have committed to moving away from sourcing cage eggs by 2025 at the latest.

But it has been unclear what would replace those cage eggs. At last year's conference of the British Free Range Egg Producers Association (BFREPA) there were calls for greater clarity from the retailers. At this year's conference, John Kirkpatrick said Tesco would buy barn.

"Let's be really honest here. There is demand for a value egg, certainly within Tesco," said Mr Kirkpatrick during the conference in Coventry.

"Is that going to be free range? I do not believe so. I think, ultimately, we have got many, many colony producers up and down the country with who we are consulting, alongside our packers and our farmers, welfare NGOs, the NFU, British Egg Industry Council. We are working with those individuals to come to a barn standard, which I have proposed already, which will supply the value egg into Tesco," he said.

During last year's conference, the boss of Britain's biggest egg company, Dale Burnett, the chief executive of Noble Foods, said that the industry still did not know what retailers planned to do.

"We don't really know what it means. What we do know is that retailers, wholesalers and foodservice operators have said, to a man, 'We're out.' And it's not just in the UK. It's in the States and starting to roll out in Europe, so the message about colony cage is that it will end in 2025. Very brave statements. What does it mean? What will replace it? This is the key message," he said.

Former BFREPA chairman Myles Thomas, who was acting as conference chairman at this year's event, said that free range producers needed to know. "The retailers have already said what they don't want. It would be nice to know what they do want."

This year, during a panel session at the BFREPA conference, the panelists were asked for their thoughts on what would happen come 2025.

John Kirkpatrick said: "I think there will be natural progression of free range, but I do not believe it is going to be at the levels that have been touted about in the industry. I am happy for it to be put on public record that there has been a lot of irresponsible recruitment of producers of late.

"My challenge, and I have been very consistent on this over the four years I have been at Tesco, is 'where is your egg going?' 'what does the contract look like?' 'is it sustainable?' and 'are you managing volatility?' Those are the questions I ask of producers."

He said: "Every single person in this room has a responsibility to make sure we serve a customer. That's a word that hasn't been used a lot today. We have got to serve our customers, we have got to deliver for our customers. But ultimately what our customers will be looking for is a value egg. And that value egg will be coming from barn production systems."

He added: "The key point that I would raise in all these conversations is longevity." Myles Thomas pointed out that many producers had invested large amounts of money to convert traditional cage units to enriched cage units to comply with the European Union battery unit ban in 2012. Just a few years later they were being told by leading retailers that their eggs were no longer wanted.

"This is the purpose and the reason we are consulting with our supply base, with packers, with welfare NGOs, with relevant stakeholders to make sure the decisions we make are the right decisions," said John Kirkpatrick.

Matthew Green, managing director of Wot-a-Pullet, added: "We do need a value product of some description. I think the road to finding that value product is going to be a rocky one. There are definitely two different systems being looked at the moment, I suppose, and where we pitch it is a moot point. We do need a value egg. The market is still a growing market but we need to have differentiation."

Elwyn Griffiths, director of Oaklands Farm Eggs insisted that cage egg production would not disappear in 2025. He described the need to meet the 2025 cage-free deadline as "fake news." He said, "It's not real, it doesn't exist."

"Not everybody shops at retail. So retail is very important but we supply all the Chinese market, the Asian market, the Indian market. There is a very diverse market out there. There are still 12 to 20 artics of eggs coming in every week where people just want healthy food. They really don't care where it comes from. So from our point of view there is no ban, colony will be around. I am happy that we are going to be in the minority, we are in the niche now," he said.

Tesco announced in the summer of 2016 that it would go cage-free. It followed the success of an online petition started by a 14-year-old girl from Sheffield, who initially targeted Tesco with a call to stop selling cage eggs.

The petition went viral. After Tesco announced that it would move away from cage eggs, other retailers, including Asda, Morrisons and the discounters Aldi and Lidl also made cage-free declarations. Sainsbury's, Marks & Spencer and Waitrose had already stopped selling eggs from cages some years ago.

Since then, Morrisons, Britain's fourth biggest supermarket, has announced that it will bring forward the date by which it intends to go cage-free. Morrisons intimated earlier this year, when it announced the acquisition of the packing company, Chippindale Foods, that it may accelerate its cage-free deadline.

The supermarket group has since confirmed in a statement on the animal welfare section of its corporate web site that it will now switch out of shell eggs by 2022.