The welfare of calves under the microscope in new projects 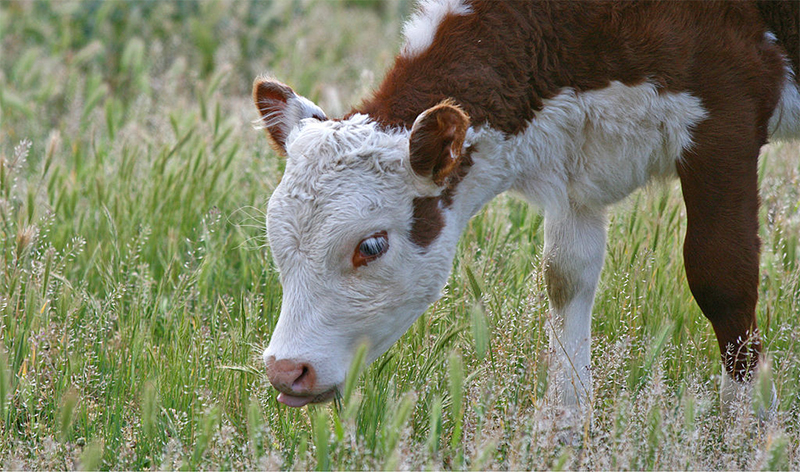 Two new projects have been launched to investigate the welfare of calves in dairy herds, led by scientists at the Department of Animal Science, University of Aarhus in Denmark.

One project deals with the welfare of calves on organic dairy farms in their first six months of life compared to conventional dairy farms.

There are several differences between the upbringing of both conventional and organic dairy herds. Antibiotic treatment of organic calves, compared to conventional calves is more expensive, while there are restrictions on how many times organic calves may be treated.

Researchers will carry out two assessments. January to March and June to August for 30 organic and 30 conventional farms and collected data on mortality and medication use in all 60 herds for 2014 and 2015. The project runs from 1 January 2015 to 31 March 2016 and is led by Professor Jan Tind Sorensen.

The second project will explore what it would mean for dairy cows with moderate clinical mastitis to be housed in the sick pen.

Researchers will partly look at factors such as animal behaviour and welfare of sick leave and partly on the animals subsequent recovery, the risk of relapse and milk yield.

Project background is that mastitis is the most common infectious disease production in dairy cows.

New research has shown that even relatively mild cases of mastitis leads to significant changes in animal behaviour, milk production and the presence of inflammation markers in the milk. These changes persist even after treatment with antibiotics.

The welfare of cows with mastitis can be so affected by even mild disease outbreaks that housing in sick box will be critical to welfare of these animals.

The scientists will illustrate whether this is the case, and on housing in a sick pen have beneficial effects for the animals in the long term. The project starts in 2016 and led by senior scientist Mette S. Herskin.

Facts about the Knowledge Centre for Animal Welfare (VID)

VID is a collaboration between authorities and universities, which aims to strengthen efforts in animal welfare. VID has since the beginning of 2010 had the task to collect and disseminate knowledge about animal welfare.

Additionally initiator VID every year new projects in areas where there are particular problems with animal welfare - an effort that complements the efforts that otherwise takes place in universities.

Since 2010, VID annually appropriated a total of three million dollars to the University of Aarhus and University of Copenhagen (1,5 million. Each) for projects with a focus on animal welfare.

Projects typically research and development projects, but can also be projects related to the capture of knowledge or system.