Thousands of farmers protest in Dublin and Paris 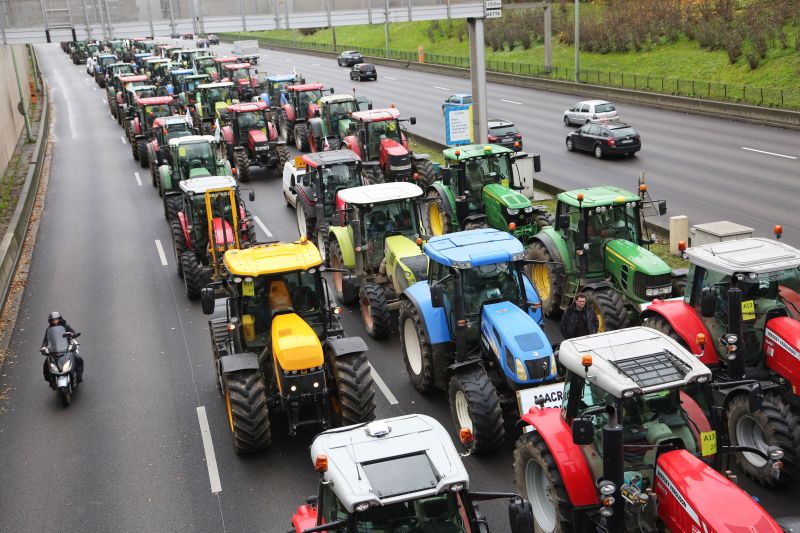 Protests have been held in Paris and Dublin by angry farmers who are concerned about the direction of their governments' agricultural policies.

In Ireland, a group of farmers started protesting in the country's capital on Tuesday (26 November).

The unofficial action took place due to concerns over low prices for cattle and the direction and viability of rural Ireland.

And they’re off! Protesting farmers pull out of Dublin with road closures likely to end soon @rtenews pic.twitter.com/0bmVQsLnvS

They ended the blockade on Wednesday, and vowed to resume protesting on 15 December if no improvements are made.

Nicholas Hughes, a 53-year-old dairy farmer from County Galway, told Irish broadcaster RTE that the protests are about 'the death of rural Ireland'.

“We'll sit here for many more nights if we have to but this has got to stop and we have to start getting paid for our produce.

“We can't stay producing food below the cost of production and we can't keep getting blamed for climate change.

“This is about the death of rural Ireland. It's dying on its feet as we speak.”

It follows a string of similar protests seen across Europe this week.

In France, around 1,000 tractor-driving farmers descended on Paris on Wednesday as part of a protest against the government's agricultural policies.

The country's two main farming unions highlighted concerns over falling prices, a lack of access to important pesticides and the media's 'agri-bashing'.

Thousands of farmers in Germany also took to the streets of Berlin on Tuesday in a huge protest against over-regulation and 'agri-bashing'.