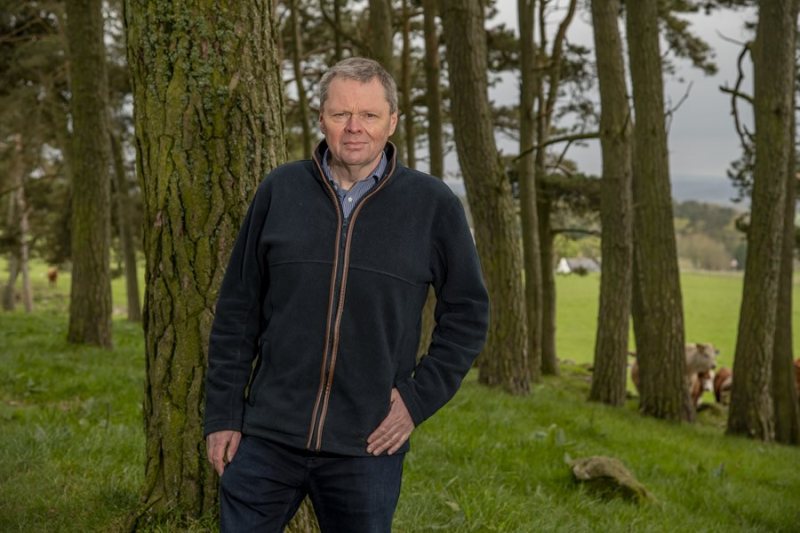 Scotland's food security could be 'eroded' if tighter tree planting safeguards on productive farmland are not implemented, NFU Scotland has warned.

While the union remains supportive of the integration of woodlands into farm businesses, it is 'fundamentally opposed' to largescale forestry expansion on productive farmland.

Such growth in recent times has been fuelled by non-agricultural businesses purchasing land for planting to offset carbon emissions and boost their green credentials.

At the same time, this is eroding Scotland’s capacity to improve its self-sufficiency in food, NFU Scotland warned.

NFUS vice president Andrew Connon said: “On a weekly, if not daily basis, members are contacting us from all parts of the country about the loss of productive Scottish agricultural land to wholesale forestry.

“We accept that land use is never a straight choice and integrated land use is clearly a major part of reaching net zero targets.

"But we are equally clear that optimal land use is the only route to attaining multiple objectives, and that must include food production, climate change ambitions and biodiversity enhancement.

Meeting with the Cabinet Secretary and Minister, the union highlighted a number of case studies from across Scotland that illustrated the loss of productive agricultural land to forestry planting.

It also highlighted how planting incentives and unregulated carbon markets were diminishing Scotland’s food security, adding to the risk of offshoring emissions by increasing reliability on imported products.

Mr Connon said: “We were keen to stress that loss of agricultural activity, and the families it sustains, also risks irreversible socio-economic downturn in many rural areas.

He added: “Every agricultural business, regardless of tenure, should be in a position to consider viable and practical woodland creation options as part of mainstream agricultural and land use policy.

“However, that is completely different from wholescale farm plantings that take out not only good agricultural land but also the people who are the life and soul of the community.”