Trees may replace sheep farms due to Brexit, says study 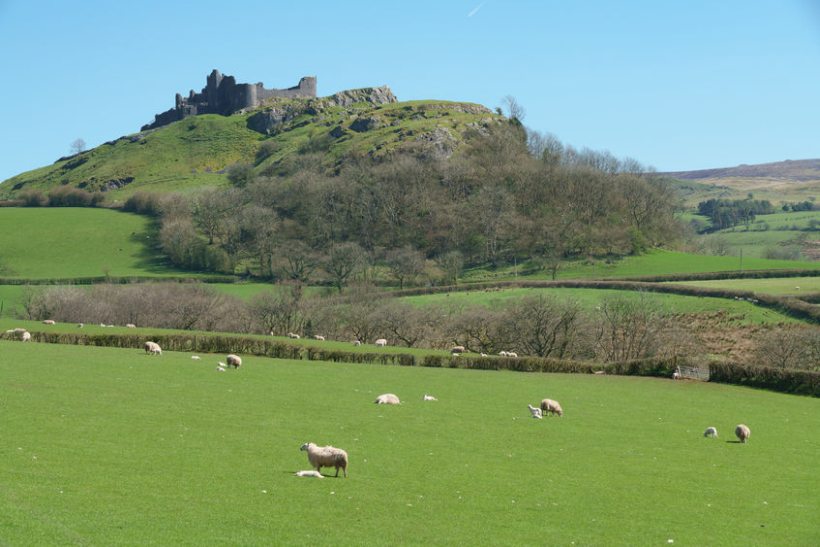 Wales' sheep farming industry could decline within the next ten years and be replaced with widespread tree planting initiatives due to the effect of Brexit on the sector, a new study suggests.

Researchers from the University of Reading have modelled how the UK leaving the EU would affect economic conditions for sheep farmers, and the resulting changes in land use.

Looking at five potential scenarios, they concluded that there could be between 35,000 and 313,000 hectares of additional broadleaf forest cover in Wales by 2030 and a similar boost to conifer forests.

The modelled scenario most resembling the current situation is based on the signature of UK Trade and Cooperation Agreement with the EU, and would lead to a 20% increase in broadleaf forest and 18% increase in coniferous forest, equivalent to around 85m more trees.

The increase would be largely due to the reduction of land being used for sheep grazing, the researchers suggested.

This, combined with an increased activity in commercial forestry due to a proposed adoption of a form of Environmental Land Management payment scheme in place of the EU's Common Agricultural Policy (CAP).

The research, published in the journal Land, analysed past trends of land use change and made assumptions about the effect of trade conditions and proposed Environmental Land Management schemes.

Professor Martin Lukac from the University of Reading’s School of Agriculture, said the impact of Brexit would be 'felt for years to come'.

“What is clear is that the Welsh countryside will change over the next ten years due to Brexit, and that will have both positive and negative effects for different actors.

"On the one side, our most conservative models suggest that we could see around 85m more trees in Wales through a combination of planted coniferous forest and natural regeneration of broadleaf woodlands.

"The benefits that this will have for our natural environment would be significant for carbon sequestering and for biodiversity of woodland habitats."

However, he warned that the net gain of millions of trees would be at the cost to the Welsh sheep farming industry.

"[It] could suffer due to additional export friction with the EU and increasing competition from other export markets such as Australia and New Zealand as the UK pursues free trade.

“Of course, these are just models. Political decisions will make significant differences to how the Welsh countryside will look in 2030, but it’s safe to say that whatever does happen, the landscape and the rural economy of Wales will change.”

Five possible scenarios following Brexit were considered, and in each scenario, the research team considered how new regulations would affect grants and subsidies available as well as the trade environment for Welsh farmers.

The study was conducted prior to the UK reaching a free trade agreement with the EU and modelled the possible outcomes if the UK reverted to other trading rules.

Following a ‘Business as Usual’ model in which Basic Payment Scheme subsidies from CAP support are replaced like-for-like, there would still likely be a 20% increase in forest cover in Wales, equating to 200 extra hectares of trees.

At the other end of the scale, the team modelled the possibility of an extreme free trade approach, which would lead to a significant impact on domestic beef and sheep prices making many farms financially unviable.

In this extreme case, the effect on land use would be dramatic with a potential increase in coniferous and broadleaf forests of around 200,000 ha and 313,000 ha respectively, resulting in more than half a billion more trees.