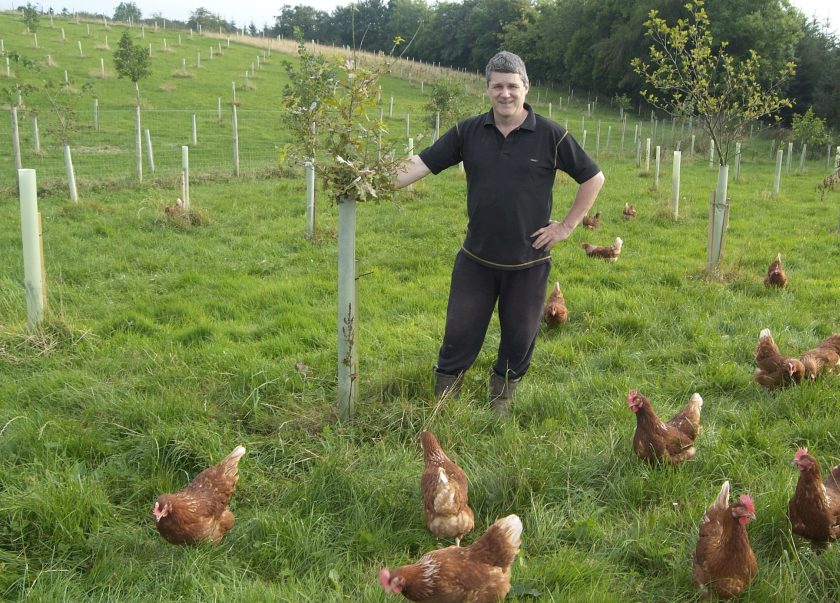 Trees planted on poultry farms in Cumbria are providing benefits for biodiversity, new research for the Woodland Trust shows.

The trees had originally been integrated on to ranges owned by or supplying Penrith-based the Lakes Free Range Egg Company.

The aim was to improve the health and welfare of the hens, boost the quality and quantity of eggs and make the farms more productive.

But the farms have also become havens for wildlife. Over the last five years biodiversity surveys have been carried out in spring and summer on nine ranges.

Three had established trees on them of more than eight years old, three had trees between 4 and 7 years old and three had only had trees planted in the last 2 years.

The aim of the research was to assess what wildlife used this treed habitat and how farmers could further enhance its value.

Fifty-nine species of birds were recorded across all ranges, 12 of which are currently included on the Red List of Birds of Conservation Concern, including song thrush, tree sparrow and linnet.

And while this type of planting provides little benefit for butterflies, 14 species were recorded, all of which are considered common, with one exception.

The surveys also recorded 102 species of moth. The highest overall numbers were on the established ranges, and the average number appears to increase with the age of the trees.

Bats were recorded on all nine ranges each year, the most frequently recorded were Common and Soprano Pipistrelle.

"Trees on farms can improve animal health and welfare, as well as production – both in the quality and quantity of eggs," she added.

"This management practice has led to the development of a premium market for woodland eggs – eggs laid by free ranging hens with access to tree cover - and has been shown to improve a farmer’s income."

Ms Cheshire added that trees should be included in every farmers' toolkit, particularly as the UK faced a 'climate and nature emergency'.

"They can store carbon, stabilise soil, improve water quality, slow the flow of flood water, provide shade and shelter for livestock, be used for biomass or produce an extra crop,” she said.