Trial could help UK farming move away from imported soya 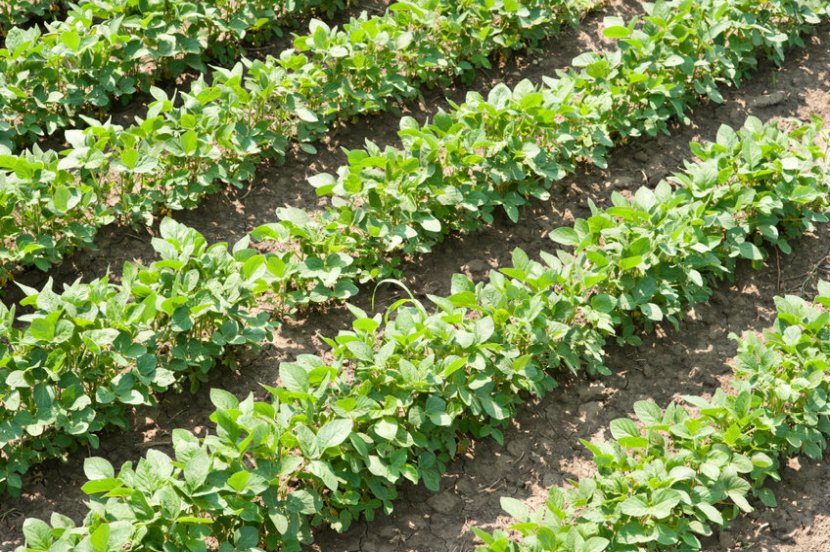 Findings into alternative home-grown protein sources could help the UK pig and poultry sectors transition away from unsustainable soya imports, a farmer trial has concluded.

Sprouting wheat and vetch seeds, grain tailings, and processed beans, were all found to offer good alternative nutrients for monogastrics and could be grown within UK farming systems.

The majority of soya imported into the UK is used to manufacture food and feed livestock, but 40% of imports in 2019 were from sources with a potential risk of deforestation, the UK Roundtable on Sustainable Soya says.

As well as saving forests, breaking this reliance on imported soya is increasingly urgent due to current supply chain disruptions coming from China and India, which have sent soya prices rocketing more than 80% in the 12 months to June.

The conclusions of a three-year collaboration between farmers and researchers now offers a path towards a system based on regional feed production and sourcing.

The farmers have been working with the Organic Research Centre in a field lab which was run through Innovative Farmers, a programme which supports on-farm trials.

“Soya is hard to beat nutritionally, and although it can be grown in the UK in certain areas, it’s unlikely to be in the volumes needed,” said Jerry Alford, Innovative Farmers field lab coordinator.

“It’s about looking at what resources we have available, what we can grow, and how we can adapt these to produce our own alternative feeds, rather than importing them.

"We desperately need a more sustainable, stable, and secure feed source, and the way to do that is to grow more in the UK."

For organic farmers in particular, the trial results offer a way to achieve 100% organic feed without the carbon footprint associated with imported products.

The field lab looked at three possible protein sources: sprouting seeds; increasing the nutritional value of beans through heat treatment and dehulling; and saving grain tailings. All were found to have some value as home-grown feed sources.

“The trials have all been successful in their own way,” said Dr Lindsay Whistance, senior livestock researcher at the Organic Research Centre.

“They’ve all highlighted existing potential in feed stuffs that can be adapted, helping to find solutions for reducing the need to import feed for pigs and poultry.”

Mike Mallett, who organically farms 3,000 laying hens in Suffolk, ran the sprouting seeds trial as part of the field lab and says British hens need to be fed with UK-sourced feed.

“I’ve been trying to take soya out of my chicken feed for nine years and have grown all sorts of crops including sunflowers and lupins,” says Mr Mallet.

“But our farm has either been too cold, or perhaps too alkaline. Vetch however, is something our farm can grow well.”

Vetch also had the advantage of being useful in his farming system, says Mr Mallet, since it fixes more nitrogen than peas and beans, and is an excellent inter-cropper, particularly with oats, with notable improvements to soil structure.

Vetch seeds however, contain toxins for monogastrics and tripsonin inhibitors, which affect egg laying frequency and size. But Mr Mallett found that by germinating the seeds he could reduce these while preserving other micro nutrients and proteins.

“It also means I have a green forage to feed the hens when they’re indoors during the winter when there is less outdoor forage,” added Mr Mallett.

He is now developing a sprouter that can produce hundreds of kilos of germinated seeds a week, and he believes the technology is scalable to other farms.

Moving forwards, he’ll be implementing a three-pronged approach to keep his chicken feed local: vetch sprouts; switching to a laying hen breed that needs less intensive feeding; and growing his own meal worms for added protein.

Enabling organic farmers to source 100% organic, UK-grown feed, could also offer marketing opportunities, believes Sam Wade, an organic pig producer in Gloucestershire, who has been running his own feed trials.

“As an organic producer we already receive a premium for our pigs, but if we can produce them free of imported soya and using UK-grown rations, then we can add further value,” he said.

“We’ve had more interest recently from buyers asking about our pig’s diet, and we want to find a low input system, for our own peace of mind too, that fits better with the organic ethos.”

Mr Wade has been growing clover leys to improve soil fertility and has been feeding his pigs round bale silage for some years now.

He’s also using Saddlebacks to create a hardier breed better adapted to using a forage-based diet produced on the farm.

“This is not only economically efficient in reducing concentrate feed, but also provides the pigs with gut-fill resulting in more contentment among the animals.

“A forage-based diet will inevitably mean pigs take longer to reach slaughter weight, but this is compensated for by the lower costs of producing on-farm rations.”