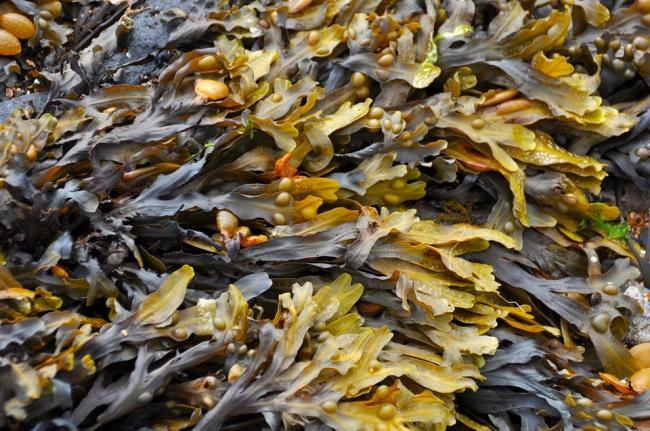 A trial that aims to help to create one of the UK's first seaweed farms, near Oban, Western Scotland, is now underway.

Harvesting of wild seaweed has been taking place for centuries but researchers say there is huge potential to create a farmed industry.

Run by researchers from the Scottish Association for Marine Science (SAMS), the site off the island of Lismore currently only covers one hectare, but it is hoped that it will be able to produce 100 tonnes of seaweed a year.

Although there are a number of established companies successfully harvesting wild seaweed from around the UK’s coastline, this would be one of the first attempts to seek to cultivate it commercially.

It is an initiative which has been inspired, in part, by the Scottish government’s decision to issue its first set of guidelines for the commercial cultivation of seaweed last month.

Experts say 96% of the world's seaweed comes from Asia but that Scotland's waters are ideal for growing.

Quality is the main thing

Speaking to BBC Scotland, Dr Adrian Macleod, from SAMS, said: "The main thing is quality, so if you're producing seaweed for food you want to have control over the life cycle so you can produce a product which is high in the desirable compounds you're after.

"So, cultivating in this way gives us a lot more control over the quality and the species that we're growing."

Last month, the Scottish government issued its first set of guidelines for the commercial cultivation of seaweed.

They urge producers to consider and mitigate adverse environmental impacts.

It is early days for the researchers who are studying which species work best in these waters and how the process can be mechanised and automated.

But the ultimate hope is this one hectare site can tap into a global industry said to be worth more than £4bn.