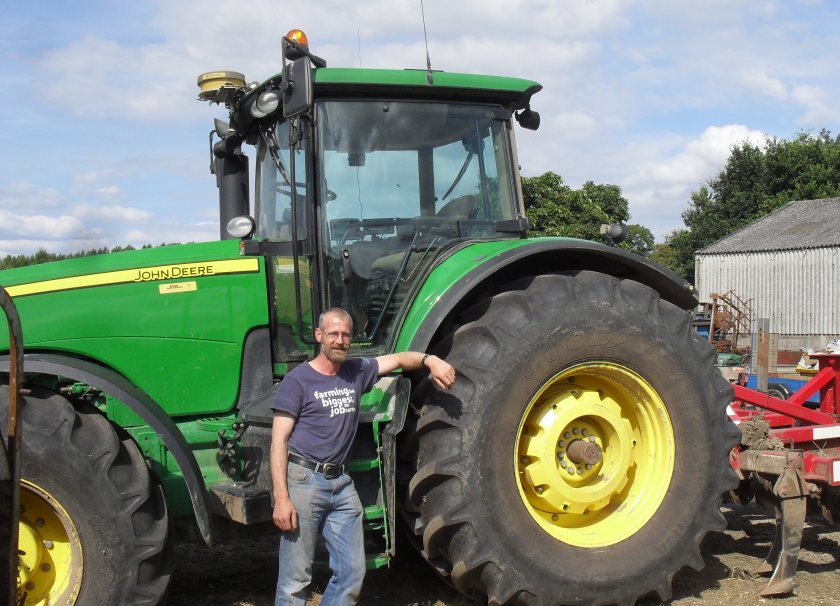 Two new farmers have joined AHDB’s Strategic Cereal Farm network in an expansion of the Farm Excellence programme to both the South and North of England.

Joining David is David Blacker from York, who will host Strategic Cereal Farm North when it launches next year.

Funded by AHDB and other stakeholders, Strategic Cereal Farms test the sector's cutting-edge research and innovations.

During the six-year programme, they host short and long-term field and farm-scale demonstrations, with one or two on-farm meetings per year.

He is currently 10 years into the use of regenerative agriculture practices as farm manager for Wheatsheaf Farming Company.

He is now looking to continue such work as a Strategic Farm host and reduce inputs.

“Our vision for the next six years is to trial and prove various scenarios to ease the journey into regenerative agriculture.

"We aim to look at ways of quantifying the results of our actions in growing crops in a more biological way with less reliance on chemicals and inorganic fertilisers.

"The end result will, hopefully, give a reliable path of principles for others to follow,” David said.

During that time he reduced his business spending by more than £50,000 per year and is now looking forward to further work.

"The way I farm has evolved over the years, bringing success and some failures along the way," he said.

"The areas I will look at are varied, some soil-based, some production, and some financial focused areas - hopefully filling some knowledge gaps.”