Ugandan beef 'will have honoured place' in UK, PM says 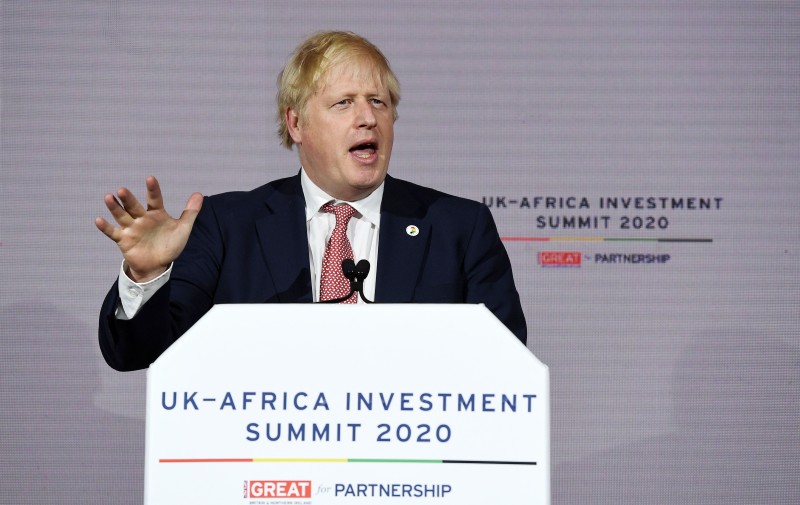 Beef produced in Uganda will have an 'honoured place' on the UK's supermarket shelves post-Brexit, Boris Johnson has said.

The prime minister attempted to woo African leaders at the UK-Africa investment summit in London on Monday (20 January).

He underlined the need for closer relations and trading links with the continent as it continues to experience 'staggering levels of growth'.

“Look around the world today and you will swiftly see that the UK is not only the obvious partner of choice, we’re also very much the partner of today, of tomorrow and decades to come,” Johnson told the summit.

Speaking solely on Uganda, the prime minister said beef from the central African country 'will have an honoured place on the tables of Britain'.

“But I want to go beyond that. Because what I am really talking about is building a partnership that benefits all of us,” he added.

Low hanging fruits for #Uganda out of the #UKAfricaInvestmentSummit
PM @BorisJohnson: “I told H.E @KagutaMuseveni that his beef cattle will have an honored place on the tables of Britain.”
Big thanks to PM. Boris for this great opportunity for the Ugandan beef farmers. pic.twitter.com/cfMIfJCqq7

According to the Uganda Investment Authority, the majority of the country's cattle herd (90%) is kept under pastoral and mixed smallholder farming systems.

But UK farming groups have consistently warned the government not to allow food produced to lower standards to fill the shelves in any post-Brexit trade deal.

The recently introduced Agriculture Bill contains no provisions underpinning assurances that lower-standard food imports would not be able enter the UK.

NFU president Minette Batters said: “We will continue to press the government to introduce a standards commission as a matter of priority to oversee and advise on future food trade policy and negotiations.”

But at the Oxford Farming Conference, Defra Secretary Theresa Villiers insisted that high standards would be maintained, telling delegates that backing better standards was a core part of the government's approach.

“We can maintain and, indeed, enhance UK standards as we negotiate new trading relationships with friends and neighbours in the EU and other leading global economies,” she said.

“I will continue to work with you and others across the food and farming sector as these negotiations progress to understand your concerns to make sure your voice is heard loud and clear at the negotiating table in international forums,” she said.