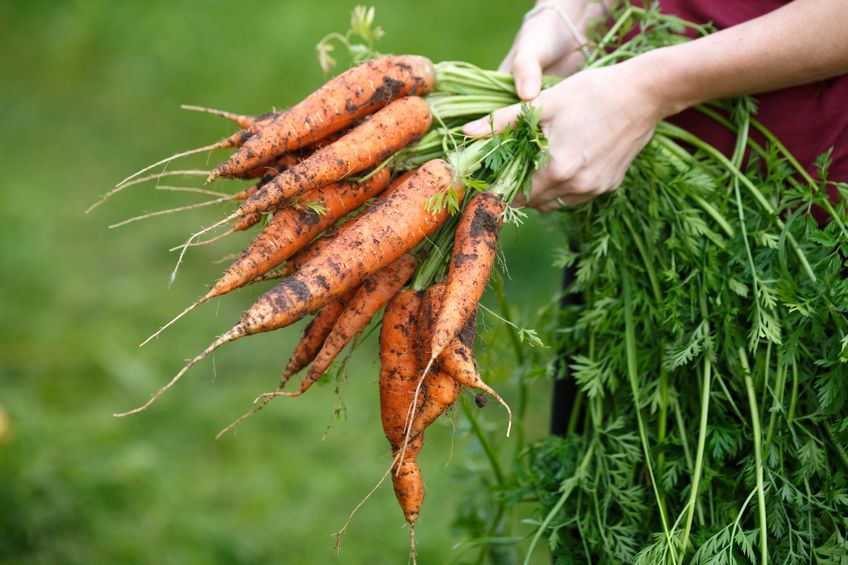 Growers have suffered the "perfect storm" of poor conditions this year

The current "carrot crisis" exacerbated by adverse weather conditions is likely to continue for months, according to growers.

British carrot growers advise that recent adverse weather conditions will lead to the lowest yields for decades and the highest levels of imports.

According to Rodger Hobson, Chairman of the British Carrot Growers Association, he said the "carrot crisis" is likely to continue for anything up to 11 months.

This year’s onion harvest is also likely to be 25 percent down both in terms of the quantity of onions and the size of the onions harvested.

The hot weather the UK has experienced in June and July have put the onion crop under considerable stress affecting both yield and bulb size.

For carrots, the UK is traditionally self-sufficient with around 97 per cent being supplied by British growers.

Mr Hobson said: “In fact, the British carrot growing industry is respected worldwide for its ability to produce ‘fresh from the field’ carrots 52 weeks of the year. However, we have suffered the ‘perfect storm’ of poor conditions this year.

“Firstly, we had the ‘Beast from the East’ which produced excess rain throughout the spring, delaying planting by a month, and reducing the growing season by around 18 per cent.

“Then we have had the hottest summer since 1976. Carrots grow best at temperatures around 15 to 18 degrees C, this summer we’ve had daily averages of 25 to 32C and the carrots have just stopped growing and are wilting in the fields,” he added.

'Turning off the tap'

This weather has hit all the major growing areas of Norfolk, Nottinghamshire, Lincolnshire, Yorkshire, Lancashire and Fife.

Mr Hobson points out that while some imports may be available, mainland Europe has also suffered from similar weather conditions and carrots are not plentiful there either.

The situation is compounded by Water Restrictions that are "turning off the tap" on irrigation systems that are vital to the crop.

The UK’s leading carrot agronomist, Howard Hinds said that he estimates that the crops he manages will yield 30 to 40 per cent less than last year.

Mr Hobson added: “I have spoken to all the major carrot growers this week and they unanimously agree that the poor yields will massively push up UK production costs and that substantial imports will be required this season.

“Carrots are undoubtedly the ‘nation’s favourite vegetable’ and will still remain great value in terms of the nutrition and health benefits they provide. However, it is almost inevitable that the price in the shops will go up.”

The warning from the British Carrot Growers Association comes just days after the NFU highlighting how crops are "being parched to the bone" as the heatwave cranks up a notch for most of this week.