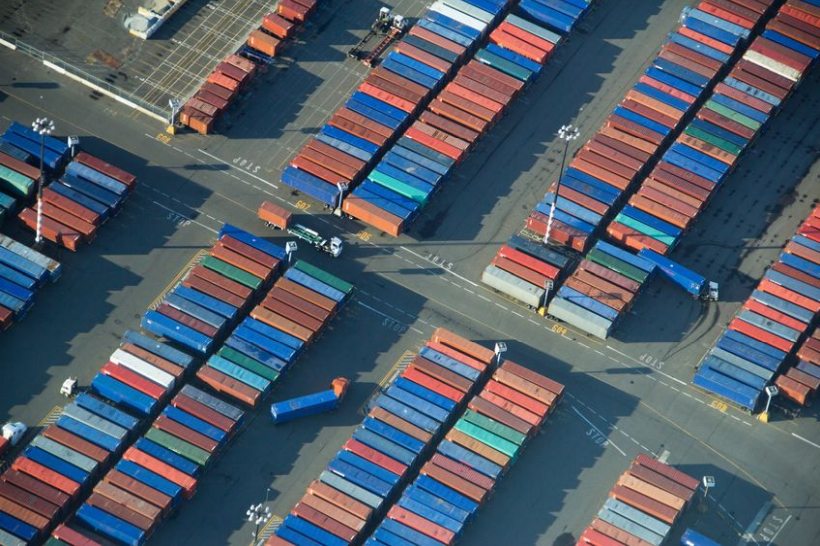 Dairy exports from the UK to the EU stalled in January, figures show

UK dairy exports to the European Union fell a staggering 96 percent in January from year earlier levels, according to figures.

While overall consignments of UK food and live animals fell by 63.6% - worth £0.7 billion - it is the dairy sector that took a significant hit.

The uncertainties around the EU-UK trade deal meant most businesses took measures to avoid shipping in January, according to analysis by the AHDB.

To compensate for this, shipments were elevated in the run up to the UK's exit from the bloc.

Patty Clayton, AHDB lead analyst for dairy, said the 96% nosedive for dairy exports was 'much less dramatic' when exports in the last quarter of 2020 were included in the total.

Over the 4 months from October 2020 to January 2021, exports of all dairy products to the EU were 23 percent lower, she noted.

The largest drop in exports was seen in the buttermilk and yoghurt and whey products categories, which fell by 42% and 49% respectively.

Cheese exports in the 4-month period were also down significantly, falling by 14% (7,500 tonnes) year on year.

"This drop in trade will partly be the result of added difficulties and costs associated with trading with the EU, particularly for fresh milk and cream," Ms Clayton said.

"However, lower demand due to the pandemic, combined with issues around availability of shipping containers, has been the main reason for lower shipments.

"This can be seen in the drop off in exports to non-EU markets, which were down 27% over the same 4-month period.

"Here, milk powder and butter exports were most affected, with volumes down by 6,700 and 3,200 tonnes respectively."