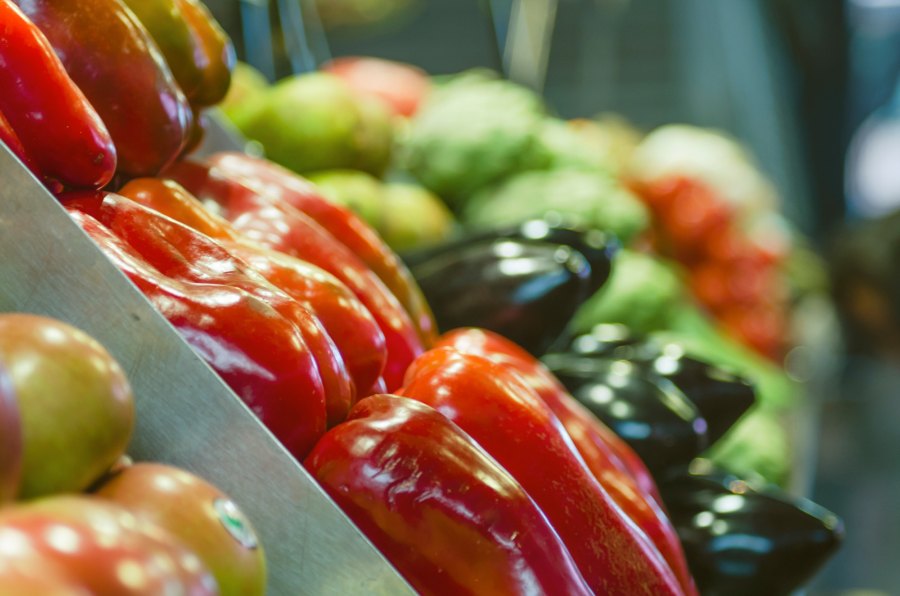 The UK does not produce enough fruit and vegetables for its population to get the recommended five portions a day intake, according to new analysis.

Even without taking waste into account, the UK would need to produce or import 9% more fruit and veg for everyone to be able to eat the recommended amount.

The analysis, from the Sustainable and Healthy Food Systems (SHEFS) research group, is intended to inform policy makers of the need to increase production as well as consumption.

People have turned away from traditional home-grown foods such as peas and carrots, and more than 80% of the UK's fruit and almost half of vegetables now come from imports, many of them exotic that cannot be grown in the UK.

Researchers warn that this dependence on imports from regions increasingly vulnerable to climate change and water scarcity puts UK food security at risk by exposing producers to cost and supply fluctuation.

Meanwhile, the analysis notes that British farmers' costs have risen by 27% between March and October 2022, threatening the future viability of their businesses.

Earlier SHEFS reports have shown that if everyone in the UK ate the recommended 400-gram a day fruit and vegetable intake, life expectancy would increase by an average of eight months.

And the high cost of fruit and vegetables is contributing to the health gap between rich and poor, the briefing shows.

Healthier foods are nearly three times as expensive per calorie as less healthy foods, meaning people switch away from purchasing fruit and vegetables when budgets are tight.

Even before the cost-of-living crisis, consumption of fruit and vegetables showed strong, wealth-related differences – with the highest income groups consuming about 1.5 portions per day more than the lowest.

The researchers call for boost domestic fruit and vegetable supply, so UK supply chains are not unsustainably dependent on imports from countries likely to experience future climate and water stress, and greater consumer demand can be catered for.

Anna Taylor, executive director of the Food Foundation, which is part of SHEFS, said the analysis showed the government must aim to increase both production and consumption of British fruit and veg.

"This will make a significant difference to the nation’s health and help our farmers. It’s a win-win," she said.

Professor Rosemary Green, from the London School of Hygiene & Tropical Medicine, which also part of SHEFS, added: "Increasing production and consumption of fruit and veg is vital to achieving these goals, and should be prioritised now."

What does the study call for?

The researchers have outlined four key priorities for policy makers:

• Protecting low-income consumers – by expanding schemes such as Free School Meals and Healthy Start that provide a nutritional safety net for children, and by ensuring fruit and vegetables are available from ‘food desert’ convenience stores in areas of high social deprivation.

• Making better use of government – promoting cross-departmental working so the health and environmental benefits of greater fruit and vegetable production and consumption are realised.