UK farming must be sustainable by 2030, report says 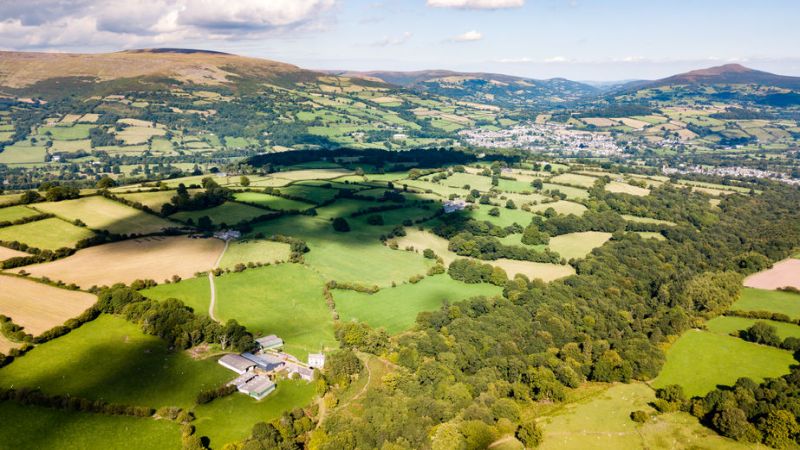 The UK government must design a ten-year transition plan for farming to become more sustainable by 2030, a new report released today suggests.

That's the recommendation from the RSA Food Farming & Countryside Commission, which says the UK needs 'radical and practical ways' in battling climate change and improving health.

The Our Future in the Land report, which took two years to complete, says actions to become more sustainable in the next ten years will be 'critical'.

The report's release comes as the farming industry is currently making vast improvements to the way it operates.

Farmers are aiming to reach net zero greenhouse gas emissions across England and Wales by 2040 as a contribution to a new target of 2050 for the whole of the UK.

But the report calls on government to help drive a 'fourth agricultural revolution driven by public values'.

It says this can be achieved by boosting farmer support networks and extending support for Producer Organisations.

A National Agroecology Development Bank should be established to accelerate a 'fair and sustainable transition', the report says.

It also states how the UK supply of fruit, vegetables, nuts and pulses must increase and for schools and hospitals to buy more home-grown food.

'Business as usual is not an option'

RSA report author Sue Pritchard told Sky News that 'business as usual is not an option'.

“If we don't make the changes we need to right now, we will go beyond 1.5 degrees, beyond 2 degrees, we'll probably go beyond 4 degrees of global warming, which will have an absolutely catastrophic effect on the whole of the country.

“Business as usual is just not an option - not for us and nor for our children and not for generations to come.

“There's no alternative, we absolutely have to get on and we have to act now,” she said.

The report makes recommendations in two other areas:

• Levelling the playing field for a fair food system

• Reconnecting people and nature to boost health and wellbeing

• Establishing a national land use framework in England

'Farmers must be placed at heart of countryside'

Responding to the report, the Liberal Democrats called on the government to 'stop the inaction' on sustainable policies so British farmers and the planet are 'better protected'.

Environment spokesperson, Alistair Carmichael said: “Farmers must be placed at the heart of our countryside. As the report suggests, it is time public bodies like schools and hospitals are obliged to buy healthy, sustainable, British food.

“The disparity between rural and urban areas must also be tackled to provide farmers with much-needed infrastructure and skills. Only by transforming the rural economy through joined-up thinking will this be achieved,” he said.

CEO Helen Browning said: “We must put health at the heart of our food and farming systems, to mitigate and adapt to climate change, reverse the biodiversity crash, and enable rural communities, including farmers, to thrive.

“The report builds on the good work that’s already been done by others, including by government under Michael Gove, and has involved a wide range of people who would never usually meet and learn from each other.”

She added: “This collaborative approach needs to continue, to develop a transition plan with farmers, businesses, citizens and government.”