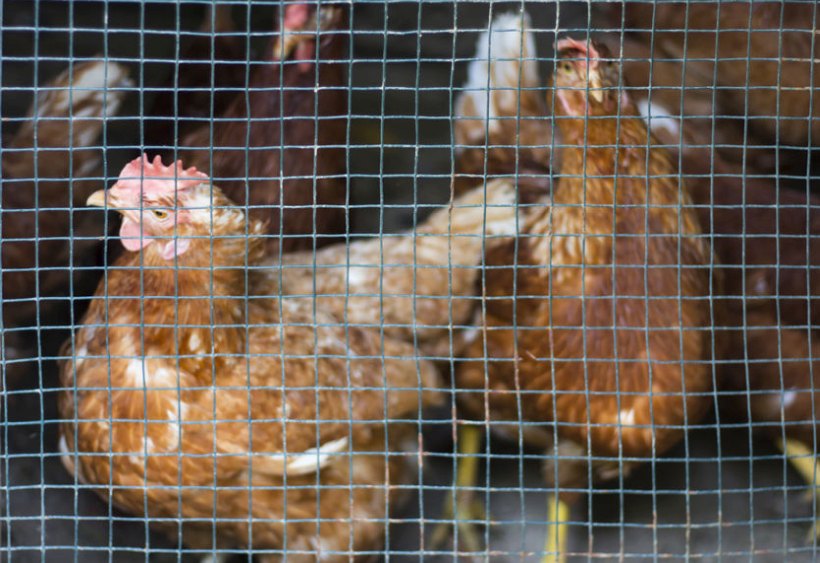 The RSPCA has called on the UK governments to follow suit as the European Commission pledges to phase out cage systems for a variety of livestock.

The Commission has announced their response to the European Citizens' Initiative (ECI) ‘End the Cage Age’ which saw backing from more than 1.4m citizens, including over 54,000 from the UK.

The ECI urged the Commission to propose legislation to prohibit the use of cages for a host of farm animals, and highlighted how "cruel and unnecessary" cages can inflict "suffering on enormous numbers of farm animals every year".

In their response, the Commission has proposed to phase out the use of cage systems for laying hens, sows, calves, rabbits, pullets, broiler breeders, layer breeders, quail, ducks and geese by 2023.

It hopes to ensure any produce imported into the EU under future Free Trade Agreements meets the same standards.

The RSPCA has called on the UK government in England, and Welsh government in Wales, to follow Europe’s lead and end cage systems for animals in the UK.

Chief executive Chris Sherwood said: "This is a landmark day for European animal welfare - with the Commission supportive of this ECI, which paves the way for ending the use of cages in farm systems across the European Union.

"The public spoke so forcefully via a European Citizens' Initiative, with over one million citizens - including over 54,000 from the UK - making it clear that they won't stand for this.

"We must now see the UK and Welsh governments act too, to ensure we do not fall behind. Sadly, we know laying hens, game birds and rabbits are among the millions of animals still cramped in farm cages, or so-called enriched cages.

"While Brexit has created opportunities for animal welfare, it has also posed challenges - and standards in England and Wales cannot fall behind the EU after this groundbreaking announcement from the Commission, which is simply incredible news for all farm animals currently reared in cages across the bloc."

The European Commission has said that funding from the Common Agricultural Policy is expected to be used to support phasing out cages in farming.

The RSPCA has already welcomed England’s agreement last year to fund schemes from their farm support programme - including helping farmers to phase out cages for more humane methods of production.

The charity is calling upon Wales, presently considering their farm support policy, to make similar pledges.

Polling for 'End the Cage Age' has found more than 16 million farm animals in the UK live in caged systems - and only 66% of farm animals that could be caged across the UK are presently reared in cage-free conditions.

In both England and Wales, farrowing crates are permitted - while many laying hens are confined to so-called enriched cages, which can still compromise welfare, according to the RSPCA.

Game birds and rabbits are among the other species still farmed in cages in England and Wales.

An ECI is a mechanism which allows EU citizens to sign a petition calling on the Commission to act - and the Commission must respond if more than one million nationals from a significant number of EU member states submit a proposal.

'End the Cage Age' is the sixth ECI to have passed the required threshold - highlighting the strength of public feeling which exists for farm animal welfare across the bloc.