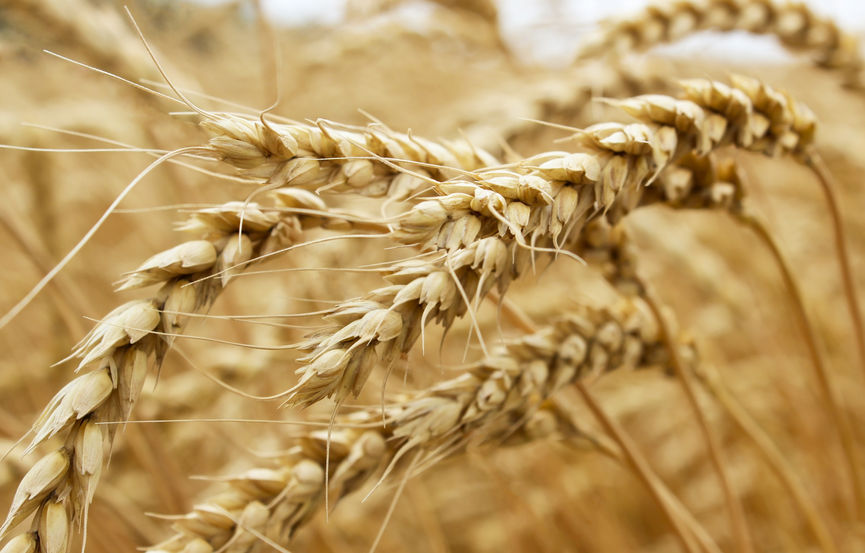 A lack of commercial interest from large breeders is limiting organic farmers’ access to suitable wheat varieties in the UK, but a new group is aiming to change that.

The current breeding system is leaving organic farmers reliant on varieties bred for conventional, high-input systems, or on imported organic varieties from other countries, which can succumb to disease in the UK climate, say researchers.

Without wide-scale testing of conventional varieties under organic conditions, growers are further disadvantaged with a lack of information about how these varieties perform in organic systems.

To combat this information gap, a team of farmers have been collaborating, first through an Innovative Farmers field lab and then the LiveWheat programme, to trial organic wheat varieties.

Their aim is to do what big, conventional breeders have not, and discover which varieties perform best without chemical inputs.

If they’re successful, their discoveries could revolutionise organic wheat growing in the UK and put growers themselves in the driving seat for future research.

It is 'almost impossible' to get hold of new organic wheat varieties, says Bill Angus, founder of Angus Wheat Consultants, which runs the largest independent wheat breeding programme in the UK, and is supplying the on-farm trials.

“There is a huge chasm between what organic farmers need, and the system they have,” explained Mr Angus.

“At the moment they get the scraps from the conventional breeding world. The fundamental problem is that the organic market is very small and big companies are not interested in small.”

“Since organic growers are therefore reliant on conventionally bred varieties, companies should at least test these under organic conditions, ideally across farms to account for variability in environments and management.”

But because companies don’t do this and the system for testing new varieties is unlikely to change any time soon, Mr Amos believes the on-farm, farmer-led trials could be the solution.

“We need to work with the system we’ve got so that we can help organic farmers now,” Mr Amos added.

The research began with arable farmers in a field lab to grow a large number of wheat varieties under organic conditions to assess traits and identify novel varieties for testing at a larger scale.

Since then, research has gained momentum and Defra funding to build LiveWheat, a network of 15 arable farms trialling varieties under real world, organic conditions.

Knowledge coming from Innovative Farmers has been used to inform LiveWheat about which varieties might be useful to test at larger scale in their network.

“We’re finding out from organic farmers what they want in terms of traits beyond yield,” said Mr Amos.

“These might include spring vigour to help out-compete and even suppress weeds, which is so important in organic systems, as well as a consistent yield, height, grain quality and disease resistance.”

Oxfordshire contract arable farmer and no-till specialist, James Alexander, is taking part in LiveWheat and has been trialling five varieties on organic land, having first joined the project through the field lab.

“If you’re a conventional farmer, you can gather as much information as you want as there’s loads available,” said Mr Alexander.

“But if you’re organic there is no trial information. You can look at the recommended list for untreated seeds, but they are still treated with herbicides and mineral nitrogen.

“So letting farmers trial varieties on a bigger scale allows us to capture real world data, especially because you’re not all growing it in perfect Lincolnshire soil.

"By pooling our findings we’re also learning quicker which varieties might be suitable.”

Mixed organic farmer, Charles Hunter-Smart, in Oxfordshire, is hosting a field lab as part of this activity.

He says growing organic milling wheat is challenging and hopes the trials will help him identify varieties that are more economically viable for his farm.

“We find it difficult to produce consistently good quality milling wheat. Our soils are low in nitrogen and nitrogen is what builds protein.

"So we’re looking for a variety that is naturally high in protein but not to the detriment of yield.”