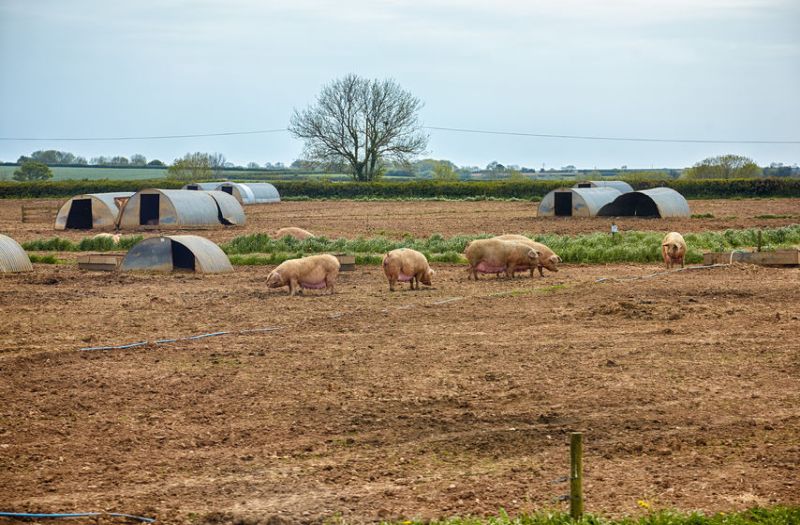 There was a 5% fall in antibiotic use in pig farms between 2019 and 2020, alongside no colistin use

The amount of antibiotics prescribed to treat pigs on UK farms in 2020 fell again, bringing the total reduction since 2015 to 62% despite disease outbreaks and the pandemic.

The data, from the industry's electronic medicine book (eMB), also shows that no colistin use was reported last year.

The data represents more than 95 percent of pigs slaughtered in the UK and continues the downward trend since recording started.

However, challenges with swine dysentery in 2019 and early 2020 temporarily halted progress.

There were also issues from disruption to pig flow during the pandemic that meant pigs spent more time on farm than usual.

The overall result is close to the target of 99 mg/PCU set by the UK pig industry.

The sector is working toward the target of a further 30 per cent reduction between 2020 and 2024.

AHDB Sector Strategy Director for Pork Angela Christison said that in the context of a difficult year, achieving further reductions was a good result.

“The industry understands how important responsible antibiotic use is and that is why there are tough targets and we work together towards them.

"The sector has delivered sustained reductions since recording began via eMB in 2015," she said.

“This continued improvement, despite disruption to pig flow during the pandemic, is a credit to collaboration between producers, vets and the industry as a whole.”

Use of highest priority critically important antibiotics (HP-CIAs) remains at a very low level, although a slight increase from 0.04 mg/PCU to 0.05 mg/PCU has been recorded in 2020.

HP-CIAs, as categorised by the European Medicines Agency (EMA), are the most important for human medical health.

Reductions in their use has been a focus for all UK farm animal sectors since stewardship efforts have stepped up.

Dr Mandy Nevel, AHDB’s Head of Animal Health, said: “The EMA advice is that veterinary surgeons should prescribe a lower priority alternative to HP-CIAs unless there is no other option.

"This could explain why, despite the reducing trend overall, we are seeing an increase in use in some lower priority antibiotics such as neomycin.

“Alternatively, these could be short term adjustments as the industry accommodates the phasing out of therapeutic zinc oxide, which treats post-weaning diarrhoea in piglets.

“We must continue to monitor these trends and work to understand the reasons for changes in their use.”

Dr Nevel added that collaboration within the industry has been one of the success factors behind the reductions achieved.

“The challenges in the industry during the past year highlight not just the importance of this cross-industry approach in our sustained drive for good stewardship, but also the need for antibiotics to safeguard pig welfare.”