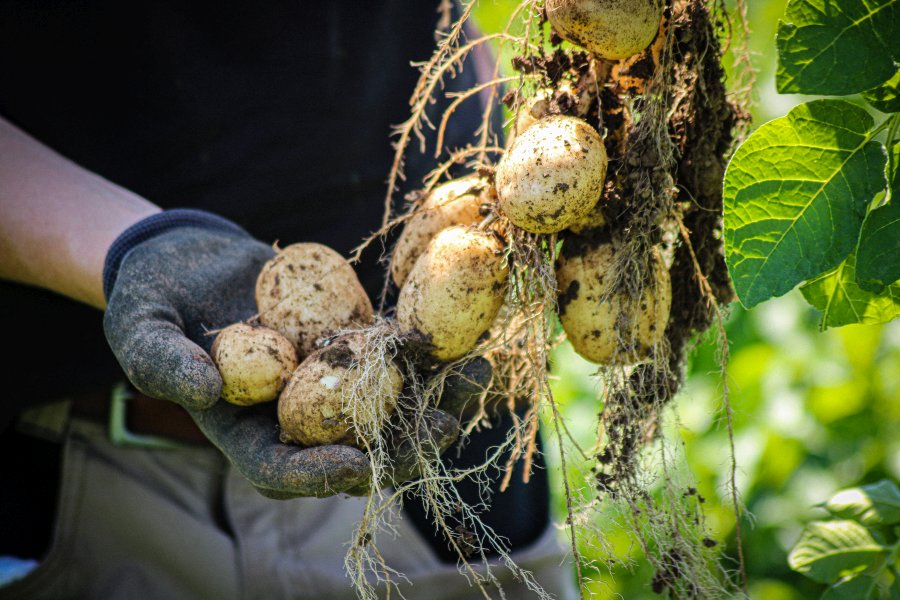 The UK’s first carbon neutral potato farmed using regenerative practices by growers in Pembrokeshire will hit the shelves at 200 Waitrose stores this week.

Grown in Pembrokeshire by Puffin Produce, the firm has measured the carbon footprint of the potatoes - from the power used to grow, store and transport them, to how consumers cook them.

Saving more than five and a half tonnes of plastic from reaching shelves, the potatoes are packed in 100% plastic-free bags which can be recycled, reused or home-composted.

The company is also using its packaging to raise awareness of the links between food waste and climate change, offering tips for cooking and storing to help customers cut down on the amount wasted.

Huw Thomas, CEO of Puffin Produce, said: "The food system contributes up to 30% of global greenhouse gas emissions - in the week that world leaders meet at COP26 it’s clear that we have to act now.

“With customers increasingly looking for products which will help them reduce the carbon footprint of their weekly shop, and support the protection of soils and nature, retailers have a major opportunity by supporting innovative products like Root Zero."

Around 110 miles of hedgerows are being conserved to support biodiversity, and specific projects are underway to protect key species like barn owls, yellow hammers and rare solitary bees.

On its farmland, 445 acres of new cover crops are being planted which, as well as sequestering an estimated 97,900kg of carbon dioxide, will boost soil health and provide additional habitats.

Based on the findings from the footprint assessment, Puffin Produce has set a target to reduce the carbon intensity of Root Zero potatoes by 51% by 2030, covering emissions from across the entire supply chain.

Going further, it has also committed through the Science Based Target Initiative to a company-wide 1.5°C target to reduce its operational emissions by 46% by 2030.