UK's food self-sufficiency must not fall past 60%, NFU warns 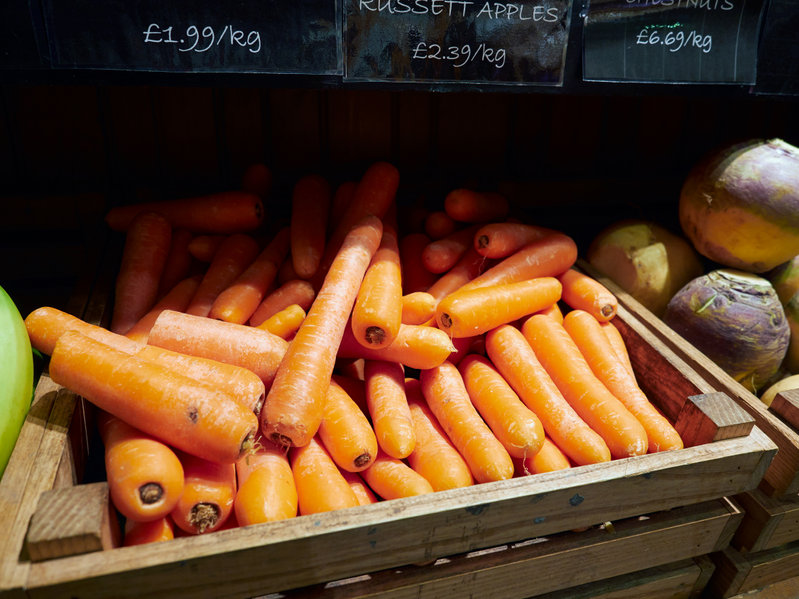 UK-produced food must be put at the heart of public procurement policy, the NFU says

Britain's food self-sufficiency must not slip below its current level of 60%, the government has been warned on Back British Farming Day.

The NFU has urged the government to commit to keep food self-sufficiency levels high while promoting British food at home and abroad to aid food security.

The union's call comes on Back British Farming Day (15 September), which encourages MPs to show their support for British farming.

As part of the annual initiative, the union has also released a report which asks for the government to analyse UK food security, covering production of key foods and its contribution to global food security.

This would be the first meaningful assessment of UK food security in over a decade and the first under the requirements of the Agriculture Act that mandate reporting every three years.

The NFU's report also shows how the UK could reduce its reliance on food imports by harnessing the growth opportunities for different home-grown foods and increasing British sourcing in public procurement.

NFU President Minette Batters said that over the past few years, not enough importance had been placed on Britain’s food production.

"As an island nation which is well suited for quality food production, it would be a mistake to let that happen again and become even more reliant on the rest of the world to feed us," she said.

“Delivering a comprehensive report into food security and taking appropriate action in response would show the government is serious and ambitious about boosting sustainable food production in Britain.

"This would not only help reduce the UK’s reliance on imports, which often fall below our own high standards of production, but also enable farmers to build the British brand overseas through trade."

Other key asks outlined in the NFU's report include extending Defra’s ministerial portfolio to include food security and agri-food trade and competitiveness.

It also calls for a government approach that enables new technology and innovation to be embraced by farmers, ensuring international competitiveness and climate friendly food production.