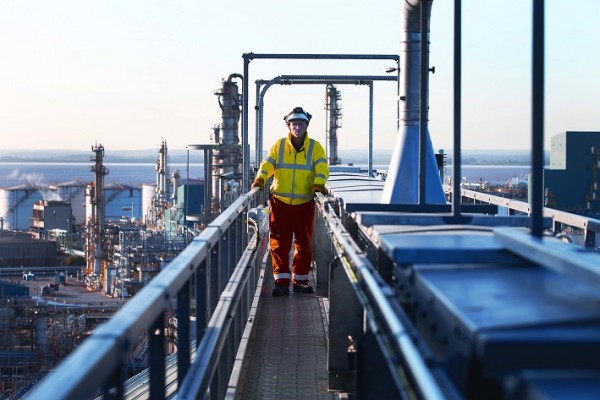 The plant sources from 900 farms across the East Yorkshire region (Photo: Vivergo Fuels)

The UK's biggest bioethanol producer, which supports 900 farms, has halted production at its East Yorkshire plant.

Vivergo Fuels has blamed government "inaction" for the stop. Over the past six weeks, the company has seen bioethanol prices fall significantly, impacting profit margins.

Vivergo has "reluctantly welcomed" the Government’s Renewable Transport Fuel obligation proposals in September, but remains concerned that there is no roll-out framework for E10 in the UK, the absence of which could have "serious consequences" for the long-term future of the UK bioethanol industry.

Vivergo Fuels plant in East Yorkshire is the UK’s largest, and Europe’s second largest producer of bioethanol, a low-carbon renewable transport fuel which is blended with petrol.

The £350 million plant can produce up to 420 million litres of bioethanol and the bioethanol is made from 1.1 million tonnes of feed wheat, sourced from nearly 900 farms across the East Yorkshire region.

It is also the country’s largest single production site for animal feed, delivering 500,000 tonnes of high protein feed to over 800 farms across the UK.

The plant employs more than 150 people at the production site in Hull and head office in Hessle; as well as supporting over 3,000 jobs directly and indirectly.

In a statement, Vivergo Fuels said: "Whilst there have been some supply increases this year, the bioethanol market in the UK remains constrained by the Government’s inaction

"As a result of these market conditions and legislative uncertainty, we have taken the decision to take our production facility offline for the foreseeable future.

"While the plant is offline, we are taking the opportunity to bring forward and extend our annual plant maintenance work in order to maintain employment levels. We will closely monitor the market ahead of any plant re-starting.

"In the meantime, we will continue to work with all stakeholders and the Government to support the legislative process and the future roll-out of E10; the simplest, most readily available environmentally friendly option for consumers to help reduce the impact of road transport on our environment and providing stability and confidence in the future of the UK bioethanol industry and the jobs it supports.”