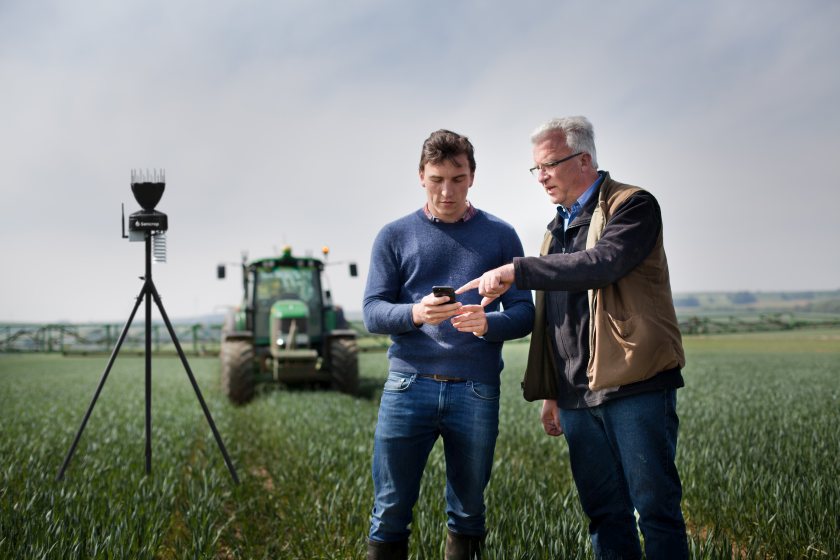 Technology now exists which helps guide farmers to better manage their operations around the conditions.

A whole host of companies are now offering this technology in the UK, with the devices made by Sencrop, Davis, and Pessl Instruments (under the name Metos UK) proving particularly popular.

The automated weather stations can collect a wide range of data including rainfall, temperature, wind, and humidity, live in the field.

The systems produced by all three companies connect to apps where farmers can access both live and historical data, and can also set alerts for particular conditions, such as frost or rainfall.

Sencrop were setup in Northern France in 2016 and already have nearly 1000 stations installed in the United Kingdom.

Harry Atkinson, UK Business Development Manager, said that in their most basic form automated the weather systems give producers who operate over multiple blocks of land an overall view of their farm.

“Arable farms are growing in size and operating over wider areas, this is particularly the case on potato farms where a lot of our technology is being used,” he said.

“We have one client who is operating over almost a 50 mile radius and they have eight different irrigation teams in action.

"Instead of having to manually manage where to send those teams, they can now see how much rainfall there has been on different parts of their land at the touch of a button.”

This helps farmers to eliminate unnecessary work and costs. Mr Atkinson explained that the systems can act as a spraying assist, helping operators to target chemical use.

“Not only is the data telling farmers when conditions are adverse and not to spray, but it is also telling them when the optimum time is."

He said that the technology could prove invaluable with policy driving producers to use less chemical. 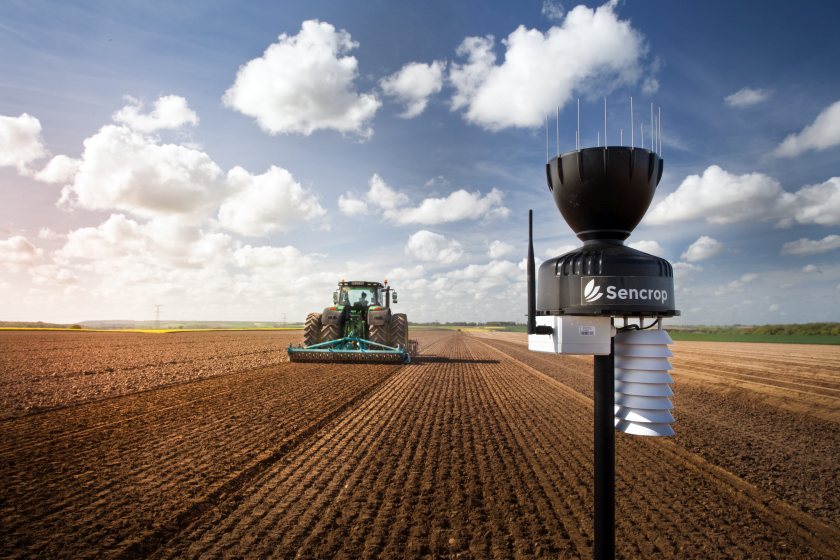 Automated weather stations can collect a wide range of data

“A lot of spraying is done in a very preventative manner, but with this technology we want farmers to become more reliant on data to make the decision as to when they spray.

“For example, when there is a high alert for blight in potatoes, farmers can find themselves spraying as often as every two or three days, so we need to find ways of optimising the sprays we do.”

Whilst recording weather data appears to be ideal for large scale operations, does it really have a place for smaller farms where the land is largely in one block? Mr Atkinson believes so.

“When we first moved into the UK market, one of the first complaints we got from farmers was that they could just look out of the window and see what the weather is doing.

"But what farmers are actually getting is an accurate reading of the conditions as well as automated records of historical data.”

The Sencrop system also offers private networks that allow users to see the data from other Sencrop stations in the area, so farmers can build up a picture of the weather around them as well as on their own farm.

Michael Scantlebury farms around 2000 acres of arable land in East Essex. He first invested in a Sencrop weather station in 2019, and now has one on both his home farm and a block of land he farms 10 miles away.

“The main benefit for me is that I no longer have to travel over to the other farm to see if it is wetter than it is at home,” he said.

The Sencrop, Davis, and Metos systems each have weather forecasting platforms built into them. The Sencrop app allows users to choose between different forecasting services.

“It is ideal when you are deciding whether to fill the sprayer up again or whether it is worth moving the combine to another farm during harvest,” Mr Scantlebury said.

He also uses the feature that allows him to see the data from other weather stations and he said he is part of a buying group that have set up a network of stations between their members.

“I do not actually have the capacity to measure wind using my station, but because there is a farm a couple of miles away that does, I can use that information.

“The data we are getting from the station is useful, instead of trying to keep track of rainfall manually it is now automatically recorded. 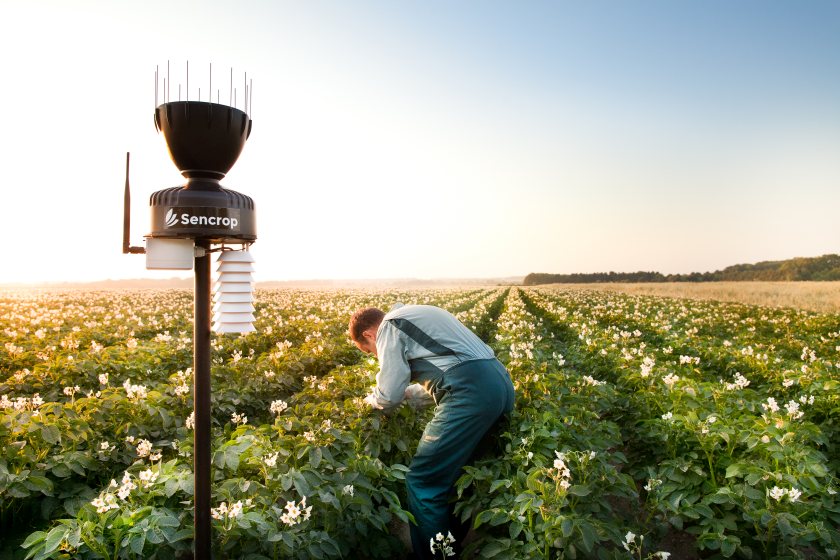 While weather data has come a long way in the last few years, it still holds huge potential

"It makes it very simple to look back and compare seasons or look back at earlier points in the year. For example, after harvest you could look back and see what the weather was like when the crop was flowering.”

Whilst recording and using weather data has come a long way in the last few years, it still holds huge potential.

Companies such as BASF and Dacom have developed decision support tools (DSTs) which aim to include this weather data in guiding farmers even more closely in the management of their crops.

These platforms are not yet being used in the UK but are being rolled out across Europe. Harry Atkinson said that Sencrop are involved.

“Our data directly integrates into those platforms. For example, across France there are now a lot of Septoria risk platforms, our data is fed into those systems to give farmers accurate readings of what the risks are to them,” he said.

Features that measure leaf wetness and humidity are becoming a more common feature on weather systems, having been regularly used by systems on vineyards and fruit farms.

The Sencrop, Metos, and Davis hardware all offer these options which also have the potential to feed into risk platforms, providing a further insight into the fungal risks in cereal crops.