Union calls for 80,000 SAWS permits to be made available 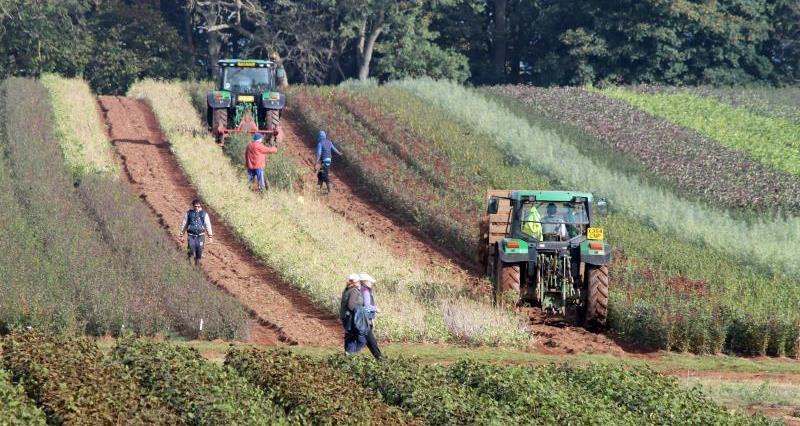 NFU Scotland has called for 80,000 Seasonal Agricultural Workers Scheme permits to be made available as concerns continue over a lack of farm labour.

The pilot scheme brings in 2,500 workers into the country to alleviate concerns as the UK continues its negotiations with the EU.

Fruit and vegetable growers are able to employ migrant workers for seasonal work for up to 6 months.

NFU Scotland has now asked the government to increase the number to 80,000 for a non-UK workforce to undertake work next season.

Last week, it called on the government to make decisions affecting the availability of non-UK labour post-Brexit with urgency.

Writing to the Home Secretary Priti Patel, it underlined the 'critical role' in Scottish farming of non-UK nationals in filling seasonal, temporary and permanent positions in delivering produce from field to fork.

NFU Scotland President Andrew McCornick said: “We are absolutely convinced that without non-UK workers, many farm-based businesses and the agri-food supply chain will be unproductive and unable to maintain the provision of food to UK consumers.

“Whilst the SAWS pilot scheme is certainly a step in the right direction, it will not provide nearly enough permits if shortages such as those experienced in 2017 and 2018 arise.

“Should the Home Office end free movement in the event of a no-deal on 31 October then the government must act with urgency now to ensure up to 80,000 seasonal permits are available for a non-UK workforce to undertake work next season,” Mr McCornick said.

It seeks to address the fact that much of the information on the role of non-UK staff is 'anecdotal, especially on permanent workers'.

Farm-based and agri-food businesses are asked to complete the short survey by Monday 23 September.