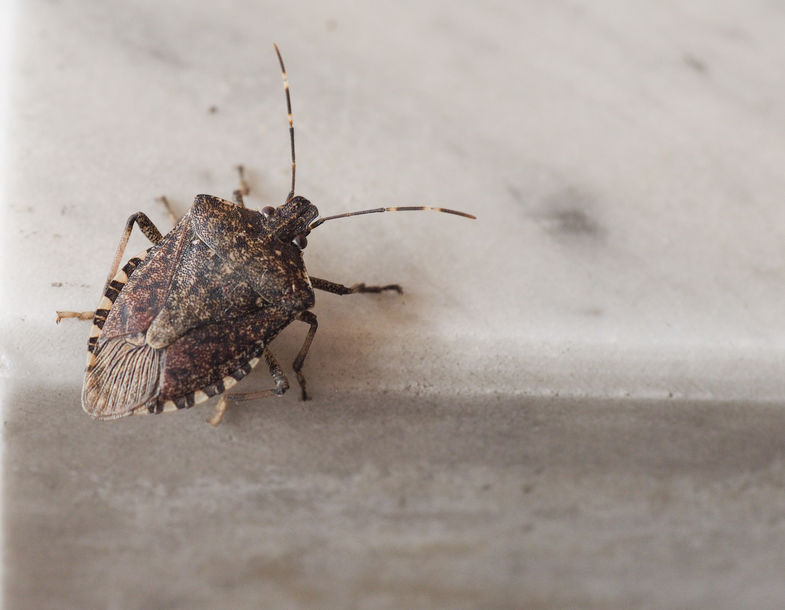 Scientists are investigating whether an unusual Asian bug which emits a pungent smell when threatened could wreck havoc on crops in the UK.

The Brown Marmorated Stink Bug originates from East Asia and is known to cause crop destruction on a wide range of crops.

The insect has spread to the United States in the late 1990s after hitching a lift on packing crates.

It has since been found in parts of Europe, including Germany, Switzerland and Italy, and also in Russia and Georgia.

Now researchers from Scotland’s Rural College (SRUC), the James Hutton Institute and Science & Advice for Scottish Agriculture (SASA), are investigating whether it has already landed in Scotland.

Scientists are looking at whether the bug could establish itself in the long-term.

They have placed sex pheromone traps at strategic points, including near Edinburgh Airport and in soft fruit growing areas, to attract the insect if it is already here.

Dr Andy Evans, a pest management expert at SRUC, is using climatic models to see if the Scottish climate is conducive to the survival of the species, both now and in future climate scenarios up to 2080.

In addition, he will collect data from inside polythene tunnels to see if the higher temperatures and humidity in these protected environments would enable stink bugs to reproduce if they managed to get inside.

Dr Evans said: “From a Scottish perspective, it was the soft fruit industry that raised concerns about this insect, first for the damage it can cause to crops, but also the impact it could have on exports.

“Previous data suggests it couldn’t reproduce outdoors in Scotland. The insects need a certain period of warm temperatures to complete their lifecycle and in an outdoor situation in Scotland, there are probably not enough days of high enough temperatures for it to do so.

“Inside a polythene tunnel the temperatures can be very warm and if it does come into the country and finds its way into protected crops of raspberries or strawberries, there’s a risk it could keep itself ticking over. However, until we have looked at the data we don’t know.”

Following the completion of the project at the end of November, the researchers will produce maps highlighting areas at risk for future monitoring.

“There’s monitoring going on in England at the moment but they haven’t found it yet,” said Dr Evans.

“However, there’s always a risk someone could bring plant material into the country from an affected area which is why we have traps near airports.”