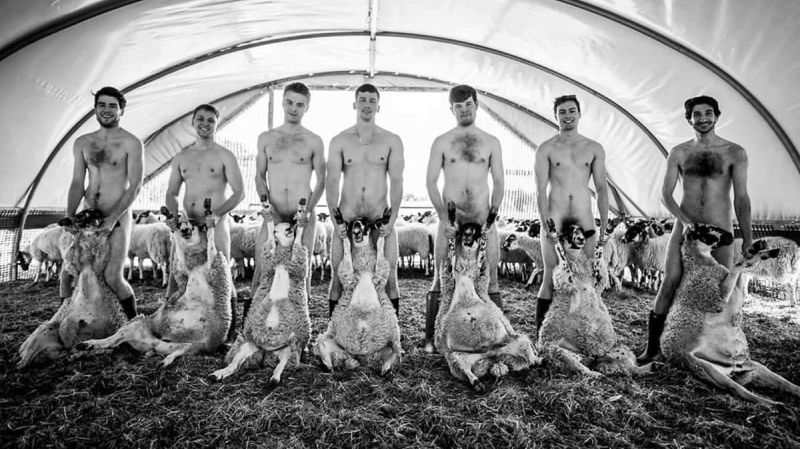 Vegan activists have forced students at a veterinary college to change a photo on their annual fundraising naked calendar over animal welfare concerns.

There has been recent social media publicity surrounding a particular picture as part of a naked calendar produced by the Royal Veterinary College.

It is seen as a tradition for students at the London-based further education institution to produce a yearly naked calendar.

But the 2020 calendar has drawn criticism from vegan activists and campaigners on social media.

One of the images singled out shows a group of veterinary students in a sheep shed naked, with a number of sheep ‘tipped’ in front of them.

Tipping of sheep allows examination of their feet which would not be possible if it was standing upright.

According to the British Cattle Veterinary Association (BCVA), this method is recognised as being 'safe and pain-free' for the animals.

The group went on to say that the image was criticised “presumably as it uses farm animals in the imagery, as opposed to a multitude of other images involving companion animals – ‘firemen with cats’ appears to be one which has escaped criticism.”

But the BCVA added that the singling out of the image was 'grossly unfair' on the students.

“Some of the vitriol spread in their direction from members of the same profession, and one with the highest incidence of mental health diagnoses and suicide within the profession, is both grossly unfair, unfounded and should be condemned.”

The RVC's principal, Professor Stuart Reid, said in a statement that the image has led to a 'significant backlash' against the students.

“Some of the threats communicated have been obscene, threatening and, in my view, illegal and will be reported as appropriate to relevant authorities,” he said.

Professor Reid said lessons will be now learnt about 'shared values, timely communication, and the need to understand a changing world'.

“No student is being blamed, individually or collectively, and we will work together to ensure these events do not happen again.”

The RVC's student's union, however, hit back at the college's reaction to the matter, saying it had 'failed their duty of care to protect the students affected'.

“Their statement has given credence to the negative response from a minority group online, who now feel emboldened to target individual students with personal threats.

“Furthermore, we are disappointed that in the college’s rushed statement, they have clearly prioritised their reputation over their own students’ wellbeing, which has both offended and alienated a proportion of our student body.”