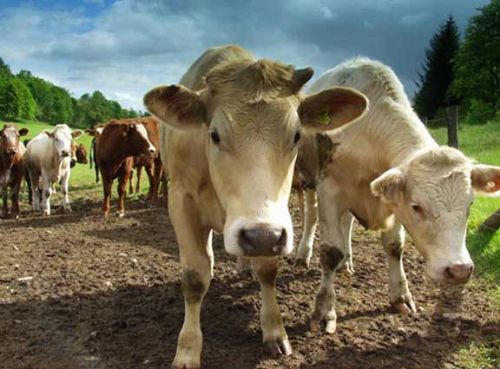 The President of the British Veterinary Association (BVA) used his annual London dinner speech to call on the Government to protect the UK’s veterinary surveillance network, support better welfare at slaughter, and take action on dog breeding regulations.

BVA President Carl Padgett stressed the importance of a robust surveillance system in the UK, calling on Defra to listen to the recommendations of the surveillance review group before making any lasting decisions:

"We struggle to understand the mixed messages. First AHVLA announced these significant changes to the veterinary laboratory network and then it announced a review group to look at surveillance. This seemed to be a clear case of putting the cart before the horse….

"We would urge Defra and AHVLA to slow down, give the surveillance review group time for full consideration, and listen carefully to any recommendations it makes. Decisions made now will impact on our future ability to deliver that first line of defence and if we lose the infrastructure of our veterinary surveillance system it will almost certainly be impossible to rebuild."

On welfare at slaughter Mr Padgett outlined the problem caused by meat from slaughter without stunning entering the mainstream food chain:

"The European legislation allowing non-stun slaughter for certain religious communities never intended these products to go outside those communities, but without clear labelling consumers simply do not know what they are buying.

"Too many suppliers, retailers and caterers, such as those in the leisure industry, believe the easiest and cheapest way to satisfy the market is to source all of their meat from slaughter without prior stunning.

"We want to see UK ministers in Europe pushing for proper implementation of the legislation and supporting our call for better consumer information that will allow people to make an informed choice in favour of higher welfare."

On the delivery of companion animal welfare Mr Padgett expressed disappointment at Defra’s stance on a welfare code for rabbits and an updated dog welfare code to protect the progeny of any mating. On dog breeding regulations Mr Padgett said:

"In Northern Ireland and Wales ministers are using their powers under animal welfare legislation to crack down on irresponsible breeders by tightening up licensing regulations.

"Here in England veterinary surgeons are constantly dismayed by clients bringing in new puppies with a host of health problems. These dogs are often purchased from pet supermarkets with little or no information about their background. We have to ask ourselves: What kind of message are we sending to the public when puppy buying becomes as easy as the weekly shop?

"But Defra has no plans to review existing laws on dog breeding and once Wales and Northern Ireland update their legislation, England is in danger of being left behind."