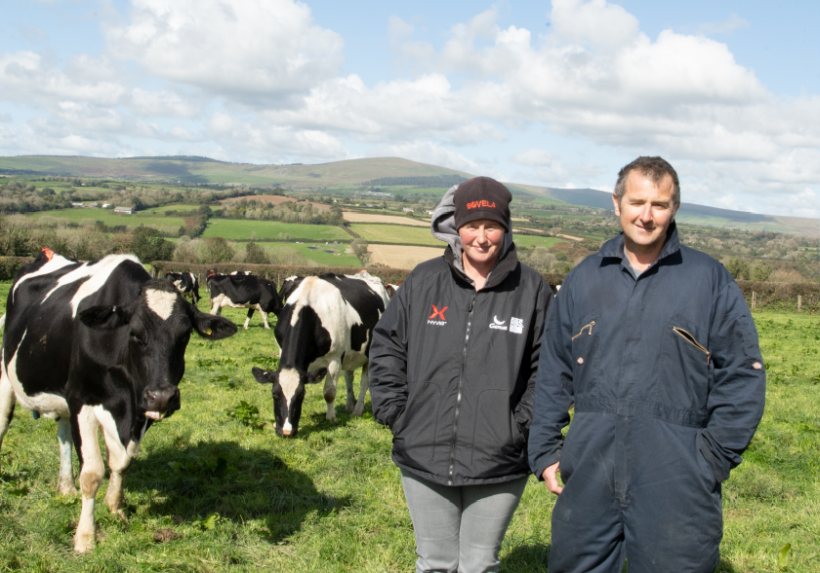 Introducing a multi-targeted strategy has helped one Pembrokeshire farmer reduce his carbon footprint while maximising profits.

Jeff Wheeler, a third generation dairy farmer from Efail Wen, has increased profitability and sustainability while also helping the environment.

He offsets carbon emissions from the 230-acre farm through a combination of active woodland management, animal health planning and a significantly improved grazing management strategy.

The farm includes a 40-acre broadleaf woodland site of mainly oak, ash and beech. Untouched for decades, he transformed this previously deteriorating asset into a flourishing woodland which now earns far more than its keep, with profits tax-free.

The remedial works undertaken will have long-lasting benefits, particularly for the cows that walk along improved tracks, reducing the risk of lameness and other ailments associated with stock traversing through poor habitat.

Meanwhile, it's been over six years since he replaced the family’s pedigree Holstein herd with 150 crossbred cows which now produce 1m litres of milk a year, sold for cheese-making to First Milk.

Mr Wheeler said: “Crossbreds produce a hardier cow which tend to be smaller and healthier which means they are out for a longer grazing season; they produce less mess and methane and generally need less antibiotics than many other breeds.”

He said he made the changes after gaining specialist mentoring advice and training from Welsh government's Farming Connect scheme.

“It’s a multi-targeted approach which is getting fantastic results while also protecting the environment," he said.

“Many farmers think these goals are incompatible, but they all complement each other.”