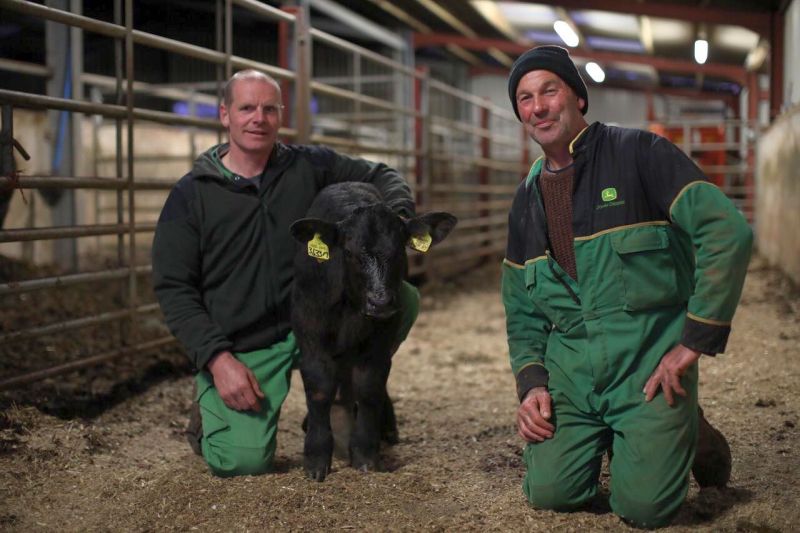 Dramatic footage shows the moment a farmer digs out his three-week-old Aberdeen Angus calf after it went missing for more than 24 hours.

Concerns were raised on Tuesday (1 October) after the 56-year-old heard the animal making noises somewhere underground.

Mr Osbourne, who farms at Durisdeer near Thornhill, used a digger near where the noise was coming from.

The calf had become trapped in an underground water pipe which runs below the farm.

His daughter, Grace Tait, filmed the rescue operation and posted it online.

“I don't know why it went into the water pipe, it was obviously just exploring and got itself a wee bit stuck,” she said.

“It's a pretty big calf, it had obviously gone in and it was unable to turn itself back round to come out.

“So it had kept walking straight down hoping to get out of the other end but it ended up just getting itself stuck deeper in the water pipe.” 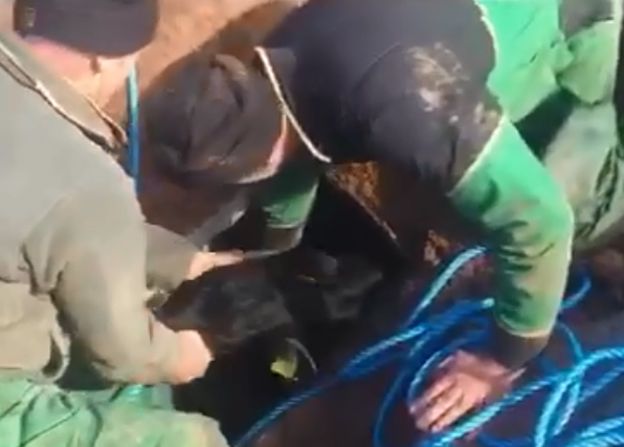 The three-week-old calf was pulled out of the water pipe (Photo: Grace Tait)

The calf was unharmed following the ordeal.