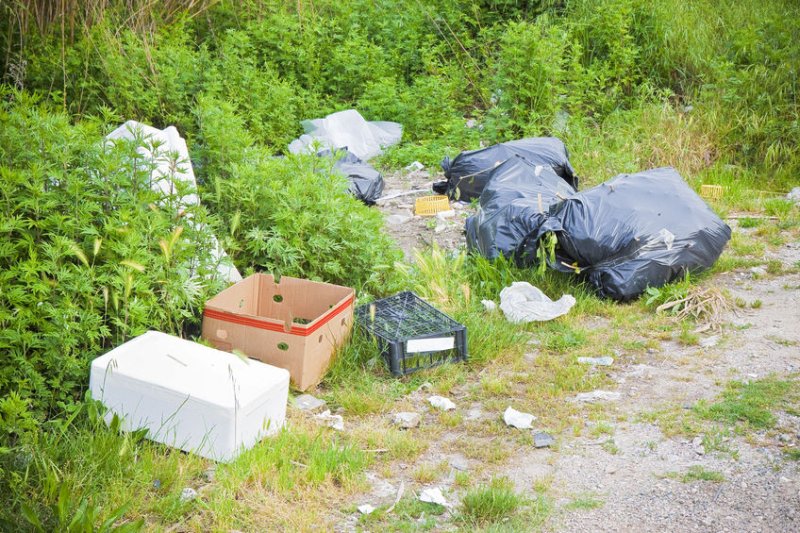 A viral video showing the moment a smallholder confronts fly-tippers dumping waste in the countryside has been watched over 1.5 million times.

The 42-year-old forced the men to pick up the rubbish they had dumped, even though they denied they were fly-tipping as they were just 'sorting the rubbish out'.

But Ms Good said in the video: "You have just pulled up here and this has all been hurled out and you have given me a cock and bull story about a car going past.

"I'm going to wait here until you clear it up."

As the workmen tidied up the dumped waste, Ms Good said: "Couldn't you have taken this to your own yard rather than sorting it in my gateway?

"The problem is you get so many fly tippers these days.

"Anyone with a bit of common sense, if they were genuinely going to sort it out, they would have put a tarpaulin down."

“I’ll be honest with you, we have just come from the Southampton tip and we did have a tarpaulin but it ripped, and we were so stressed because a lot of Southampton is closed off."

The company that owns the vehicle involved, LJ Waste and Maintenance, said it would cooperate with any investigation.

Louie Lewis, managing director of the firm, said: “I am disappointed to see what is happening to our family-operated company on Facebook.

It comes as figures show that fly-tipping on farmland has increased by two thirds in the past seven years as councils warn the crime is getting worse.

While the majority of fly-tips takes place on public highways, council land and footpaths, the District Councils Network (DCN)warned that farms are a growing target.