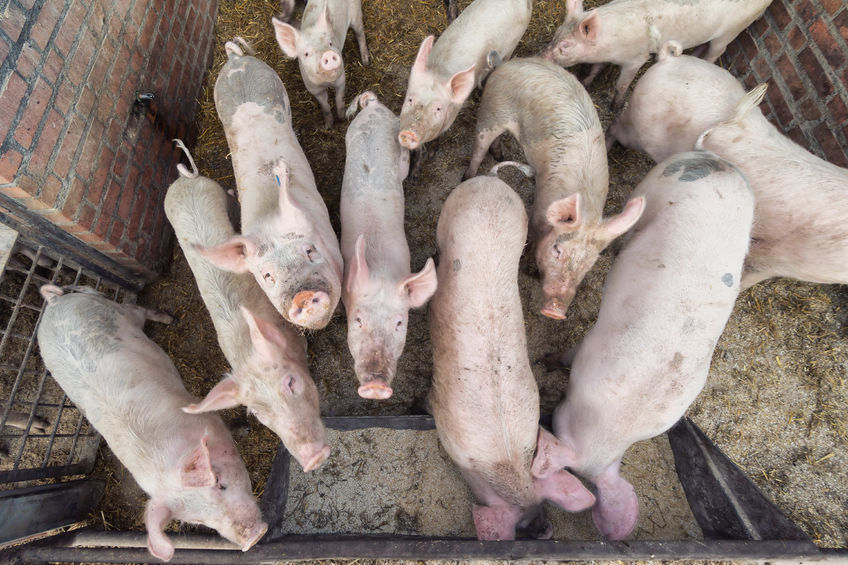 The virus, found in imported pork from Europe, has been dubbed the 'Brexit virus'

Tens of thousands of British people are being infected with a potentially deadly liver virus in pork produce mostly imported from Europe, say doctors.

Dubbed the 'Brexit virus', the new strain of hepatitis E (HEV) linked to pig farms in France, Holland, Germany and Denmark is infecting more than 60,000 people in Britain a year.

The potentially deadly new strain is feared to have infected 10% of sausages, but the British pig industry has said this figure should be used with 'caution'.

The National Pig Association (NPA) said the finding was from a limited sample size of 63 sausages from 11 batches. While six sausages tested positive for HEV, five of these were from the same batch. The origin of the meat in the sausages was not known.

In the UK, sausages with the Red Tractor logo are not permitted to include liver or offal, reducing the risk of contamination compared with countries where liver and blood sausages are popular.

The strain, which used to be mainly a tropical disease but has now mutated to infect livestock, causes a flu-like illness. It is only killed in the meat if people cook the food for longer than normal.

A paper published by Public Health England revealed the number of HEV cases tripled from 2010 to 2015.

The Times reported he said: "I call it the Brexit virus. It attacks the liver and nerves, with a peak in May. It is particularly dangerous for people with suppressed immune systems such as those who have had organ transplants and possibly cancer. The virus seems to come from Europe."

The Food Standards Agency said the virus had spread to most British pig herds with 93 per cent of animals infected and 6 per cent producing enough of the virus to infect humans.

But the NPA said the research has shown that the subgroup of hepatitis E causing the majority of human infection in the UK is not the same as the subgroup found in UK pigs.

A statement said: "The NPA agrees with the conclusion of the researchers that if people in this country have contracted hepatitis E virus from eating pork, it is likely to have come from imported pork, rather than British pork."

The NPA said pigs are a 'natural reservoir' for HEV and infection is present in pig populations worldwide.

Samples collected in 2013 as part of a survey of UK slaughter pigs found the virus in 129 out of 629 (20.5%) pigs, while 93% tested positive for HEV antibodies, indicating exposure at some point in life.

However, high-level presence of the virus to a level that could be infectious to humans via consumption of the raw pigmeat was only found in 6 of the 629 pigs sampled.

In this survey, the majority of the viral samples belonged to a different subgroup to that causing infections in humans.

An NPA statement said: "AHDB Pork has commissioned a number of research projects to better understand HEV presence on British pig farms and the risk to public health. Further research and surveillance is required to determine the true cause of the rise in hepatitis E cases in the UK.

"NPA recommends that consumers follow the advice from the Food Standards Agency that pork and sausages should be cooked thoroughly until steaming hot throughout, with no pink or red in the centre, to greatly reduce the risk of infection."