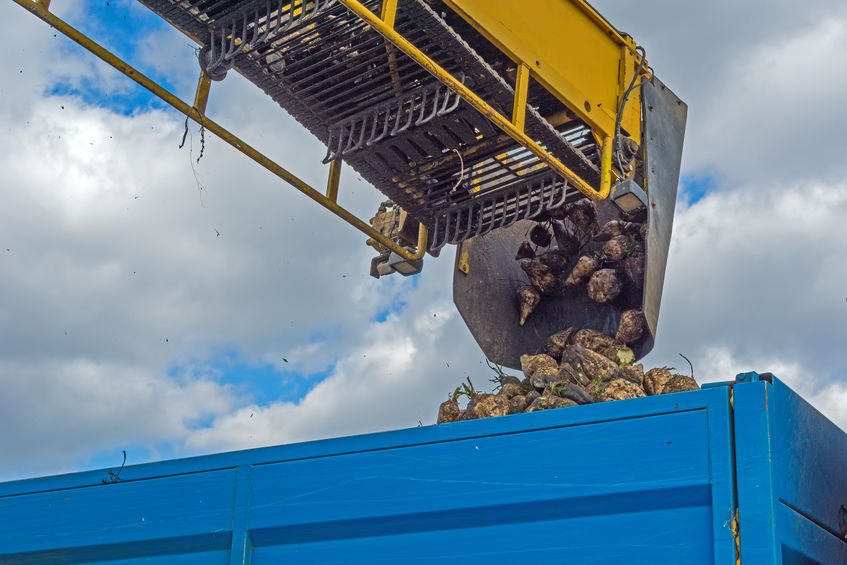 Virus yellows disease is having an 'unprecedented harmful impact' on Britain’s sugar beet crop this year, the NFU has warned.

There are rising concerns that farmers will not be able to grow the crop in 2021 due to the severity of the disease.

Some sugar beet growers have reported yield losses of up to 80 percent, according to the NFU.

The virus is transmitted by aphids, and it is believed around 70% of the most common aphid, peach potato aphids, carry it.

Infections usually appear on individual plants or as small yellow patches in the field which expand as the season progresses and the disease spreads.

Symptoms include yellowing between the veins, followed by a thickening of the leaves which then become brittle.

The sugar beet industry argues that it needs to be granted emergency use of neonicotinoid seed treatment Cruiser SB to control the situation.

The European Commission, however, approved a total ban on the pesticides in 2018 due to environmental concerns.

The restrictions were imposed after a report by the European Food Safety Authority (EFSA) concluded that they posed a 'high acute risk' to honey bees.

But the NFU, which has wrote to the Defra Secretary asking for the treatment to be approved in 2021, says virus yellows is having an 'unprecedented harmful impact' on sugar beet.

A joint letter to George Eustice has been signed by 1,200 growers.

Michael Sly, chairman of NFU Sugar said: “The emergency use application is specifically for sugar beet growers to use neonicotinoid seed treatments in 2021 in a limited and controlled way on sugar beet – a non flowering crop."

He said the application was made 'under EU legislation', and was 'unrelated to Brexit or future UK regulations' following concern by green groups that the union was seeking to weaken existing rules post-transition period.

"The seed treatment would only be used if and when the threat of virus yellows disease in 2021 is independently judged to meet the scientific threshold for action," Mr Sly added.

"There are currently no other effective protections against this disease and there are serious concerns about the future viability of home grown sugar as a result."