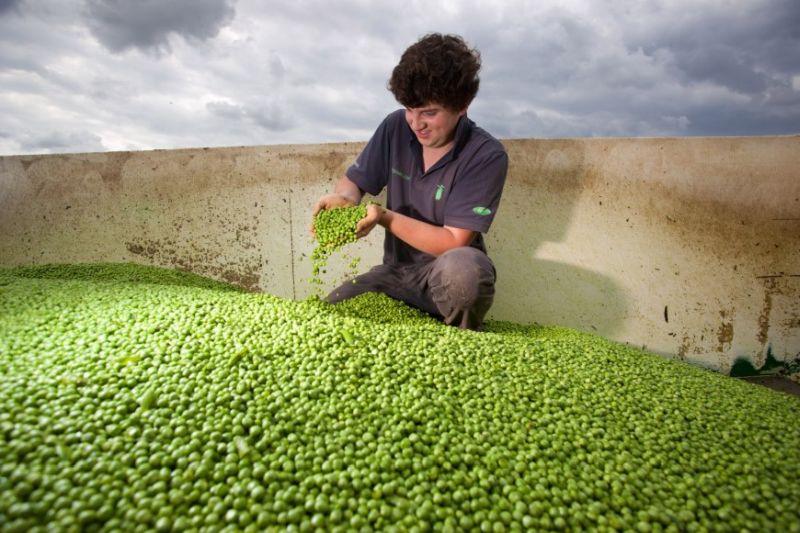 The UK is 90% self-sufficient in pea production, new figures show ahead of the week-long initiative

A week-long celebration of one of Britain's favourite vegetables and the farmers who produce it will commence in July.

The UK’s annual celebration of the British pea harvesting season will return for its fourth year on the 8th – 14th July.

The week will celebrate British production and educate the public on how every season gets billions of peas from field-to-fork.

The largest producer and consumer of frozen peas in Europe is the UK, with the average person in Britain eating nearly 9,000 peas per year.

And this July, approximately 700 pea growers will harvest 2 billion portions of peas to feed Britain for the year.

Figures show that the UK is 90% self-sufficient in pea production, according to the group behind the campaign, Yes Peas.

Lasting an average of six to eight weeks, the harvesting process is a complex operation.

Farmers work 24 hours a day, 7 days a week using viners to harvest, shell and transport the peas from field to frozen as quickly as possible – the majority in just 150 minutes.

The hi-tech machinery and exact precision needed during harvesting requires growers to collaborate to produce the crop.

There are currently 18 farmer groups along the east coast of the UK, from Essex to North of Dundee who produce the pea crop.

The east-facing seaboard and maritime climate is the perfect environment for growing quality peas.

Stephen Francis, member of the campaign, said the week is important because it reconnects people with the provenance of frozen British peas.

“The locked in freshness of frozen peas means we can enjoy British peas all year round, so Great British Pea Week is here to put peas firmly on the food agenda,” he said.