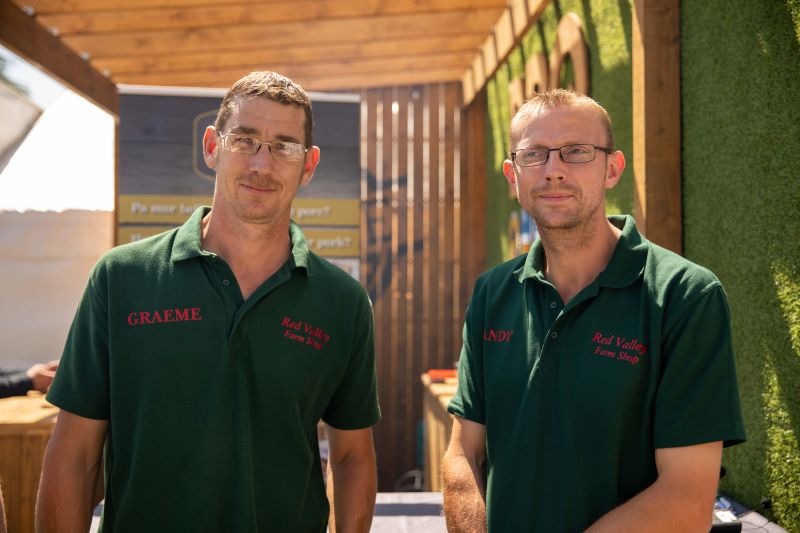 A farmer from Carmarthenshire could become a record-breaker as he attempts the Guinness World Records title for most pigs-in-blankets made in one minute.

Graeme Carter, of Red Valley Farm, will attempt to break André Ortolf’s record of making 17 pigs in blankets in one minute, set in 2016.

For the Welsh farmer to be crowned champion, he will have to complete each pig-in-blanket in less than three and a half seconds.

He said: “Record-attempting is no pig rearing; it’s new to me and I’ve had absolutely no training, but I’m all for doing things to help put small-scale Welsh producers on the map

“I’m excited to put my skills to the test, and in the meantime am hoping to prove to taste-testers that outdoor-reared, slow-grown pork from Wales is unrivalled”.

With pigs-in-blankets voted the ‘Best Part of Christmas Dinner’ in a 2017 survey, it comes to no surprise that they’ve become a festive staple for the British public.

But the ongoing labour shortage crisis currently impacting the UK pork sector has led to fears that there could be a shortage of the traditional Christmas favourite.

However, Porc.Wales, a branch of Hybu Cig Cymru (Meat Promotion Wales), said people can easily stock up by shopping local.

“Our traditional farmers have shorter supply chains, meaning you’re not only supporting a local business, but contributing to a more sustainable farming environment.”

The record attempt will take place at this year’s Royal Welsh Winter Fair on 26 November.