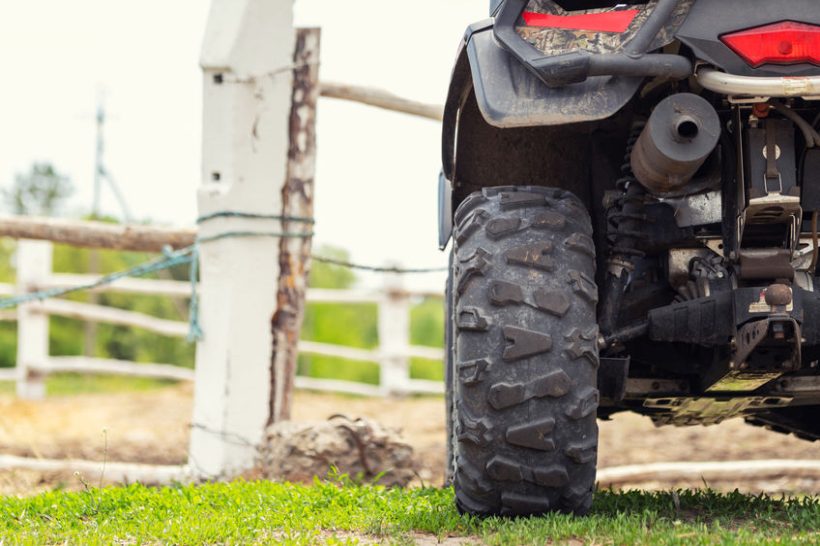 Farmers have been told to make buildings, fields and vehicles safe and secure

Farmers have been issued a security warning following a series of quad bike thefts on farms in Powys and Monmouthshire.

According to NFU Cymru, a growing number of farms in these areas have been targeted by thieves in recent weeks.

Several successful and unsuccessful attempts have been made to steal quad bikes and all-terrain vehicles (ATVs).

The union is warning farmers to be extra vigilant and mindful of on farm security following the incidents.

“Although these most recent thefts occurred in the Mid Wales and South East Wales areas, we’re encouraging farmers across the country to give urgent consideration to their on farm security," said John Davies, NFU Cymru president.

"It seems lockdown restrictions and cold temperatures are doing little to deter would-be thieves from taking items, such as quad bikes and ATVs which are integral to our daily work, from our farms.

“It goes without saying that prevention is better than the cure and the most prudent advice is to make buildings, fields and vehicles safe and secure – don’t allow yourself and your business to be an easy target."

It comes amid an increase in farmers across the UK using tracking security devices on farm machinery to stamp out such thefts.

How can I prevent quad bike theft?

The recent incidents in Wales have led NFU Cymru to issue advice to farmers to help them prevent theft of quad bikes and ATVs:

• Invest in a bespoke quad security device or a quality padlock and chain, such as those approved by Secured By Design - a police approved product scheme.

• Never leave your keys in the ignition, even if you only briefly leave your ATV unattended.

• Keep gates to yards closed as open gates can be an open invitation to thieves.