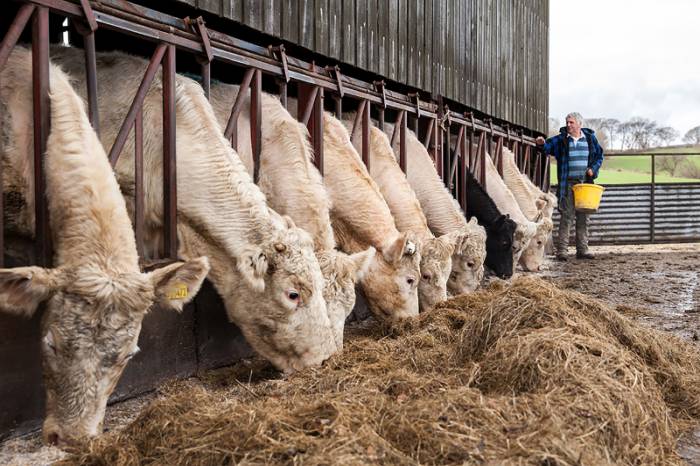 The Farmers' Union of Wales (FUW) said the deal agreed by the UK and EU yesterday (17 October) does nothing to allay concerns that pre-existed in Theresa May’s original deal.

The union has frequently demanded that any Brexit agreement must ensure the UK stays within the EU's single market and customs union.

FUW president Glyn Roberts said: “From a Welsh perspective the deal is to all intents and purposes unchanged from when it was proposed by Theresa May.

“It seeks to take us out of the single market and customs union in order to pave the way for deals with non-EU countries, coupled with the government’s alarming appetite for a deal with the US, raises alarm bells for farming.”

Mr Roberts said it would be a United States 'priority' in trade negotiations to secure access to the UK market for agricultural products.

Numerous industry groups have, however, reiterated that US standards are often produced in ways that fall short of what is currently legal in the UK and the rest of the EU.

“The impact would be extremely damaging for Welsh farmers and UK food standards, and there is a real danger that the UK would be ‘deal-takers’ during the sort of negotiations this withdrawal deal and political declaration is seeking to allow,” the FUW president added.

“As well as a lowering of UK standards, this would also risk the loss of access to the prosperous EU market that is on our doorstep for products such as Welsh lamb, because of those differing standards.”

It comes as Washington steps up its tit-for-tat trade dispute with the European Union over each other's aeroplane manufacturers, Airbus and Boeing.

Italian cheese, French wine and Spanish olive oil are now subjected to the tariffs. Among UK products, whiskey is the biggest target.

Mr Roberts said the US’s singling out of Scottish whisky - but not Irish whiskey - shows that the US is 'ruthless' when it comes to trade negotiations and that the idea of any UK-US 'special relationship' is 'meaningless'.

“A fuller view on the new UK-EU draft withdrawal deal will be formulated in a forthcoming meeting,” he said.

“However, our initial reaction is that our position should remain one of supporting a form of Brexit that ensures unfettered access to the single market and does not open up our food supply chain to food produced to standards that would be illegal here in UK.”