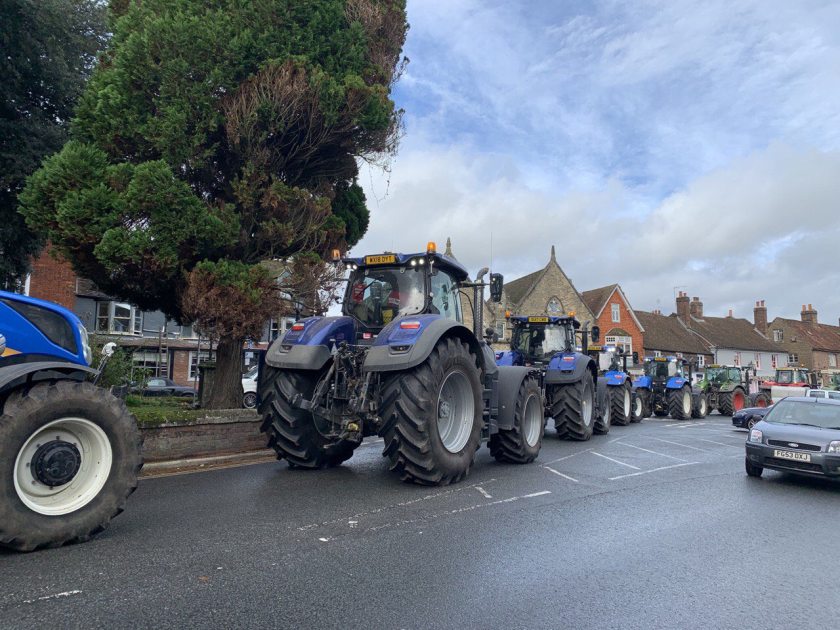 Tractor-driving farmers took to the streets of a Wiltshire town on Friday warning the government not to sell the industry down the river post-transition period.

Organised by Save British Farming (SBF), the demonstration took place on Friday afternoon (23 October) in the town of Marlborough.

The campaign group has held several tractors protests across the country in recent months.

Farmers are concerned that the UK may be forced to accept lower standards to secure future trade deals with countries such as the US.

Good to see Farmers protesting in #Marlborough today.@danny__kruger we hope you are listening to your constituents.
Your Mum, @PrueLeith knows we need to protect standards, your local farmers know it, the UK public know it...#SaveBritishFarming #AgricultureBill pic.twitter.com/9jcYEzyYct

Liz Webster, founder of SBF and a Wiltshire farmer’s wife said: “This government was happy to call itself the People’s Parliament when first elected, but now they are deaf to what the people want.

"Wiltshire is a county built on agriculture and MPs should be voting to back rural communities, not sell us down the river to see low quality, foreign produce decimate British farming as happened to British coal and steel in the 1980s.”

SBF posted a video of the demonstration on social media, with the caption: "Local MP Danny Kruger voted against keeping our food standards which even his own mother Prue Leith thinks is wrong."

Ms Leith, star of the Great British Bake Off, recently wrote an article for the Mail on Sunday and 'warned of the dangers' of allowing lower-standard food imports into the UK.

Both amendments will now return back to MPs in the House of Commons once again in early November, in a parliamentary process known as 'ping pong'.