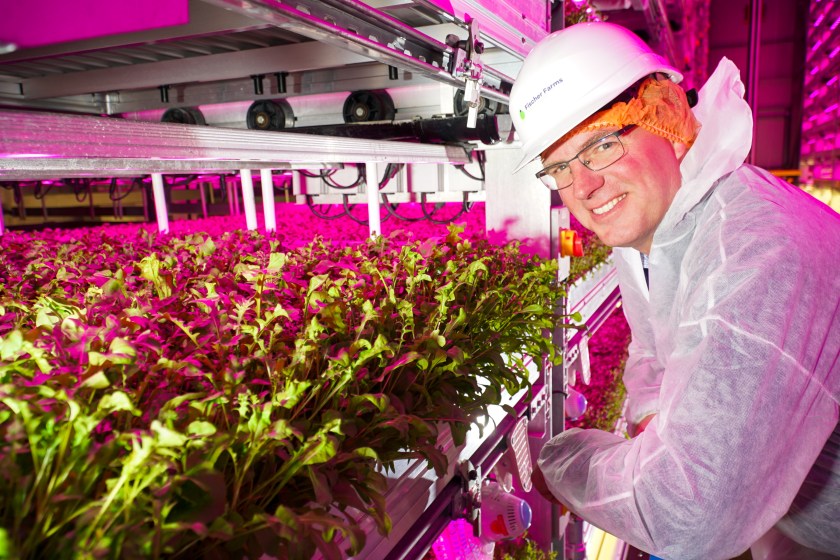 Construction on the 25,000m2 vertical farm at the Food Enterprise Park in Easton is now complete (Photo: Fischer Farms)
Sign in to add your own press release SIGN IN Register

The world's largest vertical farm is set to open early next year in Norfolk, with the four-acre site ready to supply 6.5 tonnes of vegetables all year round.

Construction on the 25,000m2 vertical farm at the Food Enterprise Park in Easton is now complete, developers Fischer Farms confirmed.

The site will have the capacity to supply 6.5 tonnes – 72,000 bags worth - of leaf salad, lettuce, leafy herbs and other fresh produce to retailers.

When fully operational, the vertical farm will be powered by 100% renewable energy, according to the company.

Opening in early 2023, the company said the development would lead the way for a "scalable and more sustainable food production industry".

Indoor farming has seen a flurry of recent investment across the globe and around $1.8 billion has flowed into the sector since 2014, according to data group Dealroom.

There have recently been a number of standout developments, including the construction of Europe’s largest vertical farm in Denmark and plans to build the world’s biggest indoor farm in Abu Dhabi.

Advocates believe the sector holds the future for food production, citing the advantages of short supply chains and concentrated production.

Others, however, say it is inefficient, suffering from high running costs and relatively small-scale production.

A spokesperson for Fischer Farms said it was an 'exciting time' for the business as it prepared to open the doors to the world’s largest vertical farm.

"Our new farm is set to be the largest vertical farm in the world. It will offer 25,000 m2 of vertically stacked growing space," the spokesperson added.

"By maximising the use of land, the 4-acre vertical farm will be able to grow the same amount of food as 1,000 acres of conventional British farmland."

"It uses up to 98% less water, without using pesticides, herbicides, or insecticides, and with no impact on the surrounding countryside.

"Powered by 100% renewable energy, the revolutionary vertical farm will produce the freshest, longest lasting, safest, most consistent, and highest quality British-grown produce all year round."