Yields higher in 2019 for all main crops, survey shows 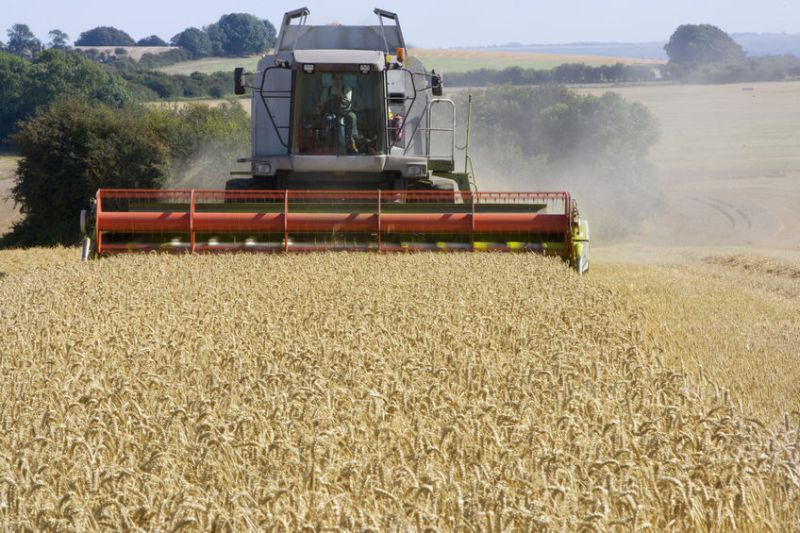 An annual harvest survey shows that yields in the United Kingdom were higher in 2019 for all the main crops.

Strutt & Parker’s 2019 annual Harvest Yields Survey offers insight into the performance of combinable crops this season and what this might mean for farm profitability.

The survey covers 110,600 hectares, spread over 137 farms mainly located in the East of England, Midlands and South East England.

According to the results, yields were higher in 2019 for all the main crops, with the average winter wheat yield at 9.9t/ha, which is 17% higher than in 2018 and 7% higher than the five-year average.

First-wheat yields were 4% higher than the five-year average at 10t/ha, with second wheats 15% better at an average of 9.8t/ha.

Winter oilseed rape averaged 3.4t/ha which is only 1% higher than in 2018 and 1% higher than the five-year average, with cabbage steam flea beetle (CSFB) infestations and a dry spring both impacting on yields.

The average spring bean yield was 3.8t/ha, 36% higher than the 2018 average, with winter beans also rising by 32% on the previous year.

Rainfall in June was the crucial difference between the 2018 and 2019 crops, with the drought of 2018 causing a drastic reduction in yield.

Tom FitzGerald, Strutt & Parker consultant and agronomist, said: “2019 was a year characterised by good establishment of autumn crops, but with low winter rainfall.

“This meant that spring crops could be drilled far earlier than in 2018, which undoubtedly helped the uplift in yields.

“The wetter weather from the start of June helped to secure yields of most crops, although frequent rain events and showers during the harvest period did mean harvest was generally slow and many growers saw increased drying costs as a result.

“Looking at the crops in terms of their financial performance, the dry spring allowed many growers to reduce their fungicide spend on wheat crops considerably, relying more on varietal resistance than on chemistry.

“But despite this fall in variable costs and significantly higher yields, net margins are likely to be lower as a consequence of lower commodity prices than in 2018.”

Mr FitzGerald said analysis of data about yields and costs of production was invaluable in helping to making informed decisions relating to crop management.

For example, the survey showed a 2t/ha range in yields in the middle 50% of yields for most cereal crops –a gap which could greatly affect profitability if the crops were not managed accordingly, he said.

“At current prices of £138/t, this yield variability leads to a £276/ha difference in revenue within the middle 50% of yield.

“In seasons where yields are so variable, you want to maintain as much margin as you can and that involves being clever about where you can save costs, but equally, being clear in your mind about where a higher spend on inputs like fungicides and fertilisers is going to pay for itself.

“We know that growers who adjust their crop management, based on the potential of the crop, are better placed to protect their margins and ensure that different parts of the farm are operating at the optimum level.”

“Most growers are already using systems on their farms that have this functionality, but are not using them to their full potential.

“Integrating this information with new, independent systems will facilitate new insights into the production of crops, improving decision making and driving profitability.”

He said the autumn of 2019 had proved to be one that growers would want to forget – due to prolonged wet conditions hampering the drilling of autumn cereals.

But there were lessons to be considered for the future: “Growers who were able to adapt quickly to changes in conditions, and windows for drilling have managed to get crops in the ground,” he said.

“This also goes hand-in-hand with having machinery and labour available to act accordingly.

“Having smaller machinery, which is able to travel in more challenging conditions, can pay off in seasons such as this.

“Hopefully as the trend for automation increases, growers will be able to utilise the full window of opportunity available – resulting in more crops being drilled when conditions allow.”