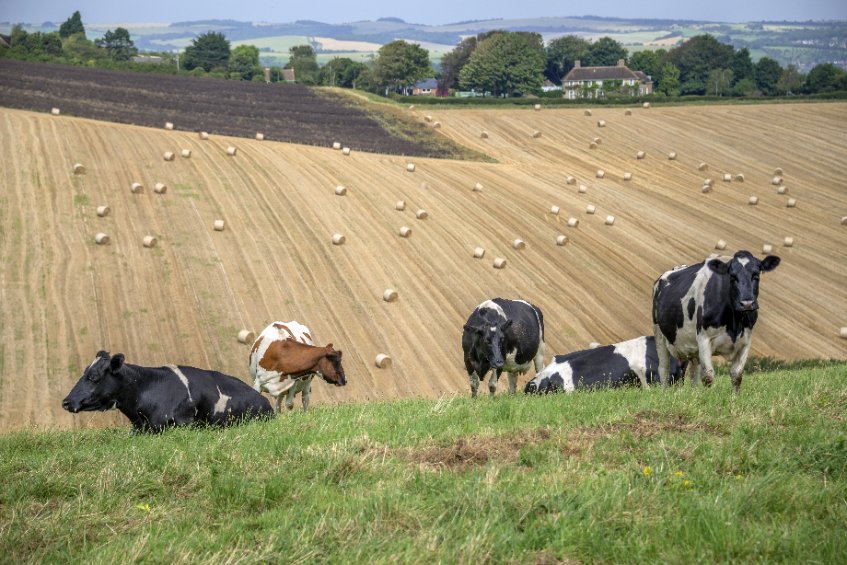 In the dairy processor's survey, a small but significant number of farmers say they have already reduced output
Sign in to add your own press release SIGN IN Register

More than one in ten dairy producers say they will leave the sector altogether if chronic staff shortages do not improve, an industry survey shows.

A combination of the end of free movement of EU workers and the aftermath of the pandemic mean that more than three-fifths (61%) of farmers are finding it more difficult to recruit now than in 2019.

Arla's survey of 541 farmers shows exactly how difficult it is to recruit new staff, with 80% of producers saying they received ‘very few’ or ‘zero’ applications from people with the right experience or qualifications.

And the shortage of farmworkers is also already affecting production, with milk volumes down by around three percent compared to last year.

In the processor's survey, a small but significant number of farmers say they have already reduced output by cutting the number of milkings (4.3%) and/or reduced the size of their herd (6%) due to staff shortages.

But many more say they will take these steps (6.9% and 6.8% respectively) or leave farming altogether (11.9%) in the next year if nothing changes.

In response, the cooperative has called for specialist roles like herd manager to be added to the Shortage Occupation List in order to increase the size of the pool of available workers.

But Arla said the government must go further. “Addressing the labour shortage and the implications this could have for food security is vitally important," said UK managing director, Ash Amirahmadi.

"Now is the time for all of us, across government and industry, to work urgently and collaboratively to shift outdated misconceptions about farming and bring new talent into the industry."

Mr Amirahmadi has written to Defra Secretary George Eustice calling on him to accelerate the review of the labour market promised in the Food Strategy White Paper.

A new cross-departmental strategy must also be introduced, he said, to bring talent into food and farming, making it a career of choice for people from all backgrounds.

"This will need to include on-farm skills and training, but will also address teaching in schools, the understanding and attitudes of careers advice providers, support for people wanting to change career, and a marketing campaign aimed at promoting careers in our industry.

“If we don’t act now the current shortages of people will only get worse, jeopardising production on farms, undermining our food security and further fuelling higher prices for consumers," Mr Amirahmadi said.

Arla’s research covered around a quarter of all of its farmer suppliers in the UK, who in total make up around 30% of all dairy farmers. The survey was conducted during May 2022.

It follows a recent survey by the Association of Labour Providers, which detailed how half of UK food growers and manufacturers have rationalised or reduced their output owing to labour shortages.

The May 2022 Food Labour Market Survey found that 49% of growers and food manufacturers have cut down on their output due to a lack of workforce.

And over three quarters (77%) of these businesses are experiencing shortages of lower and unskilled workers, with 45% stating that these shortages are chronic.

The ALP, the trade body representing businesses that source the UK’s food workers, wrote to ministers asking for "immediate and urgent collaboration" to ease the shortages.