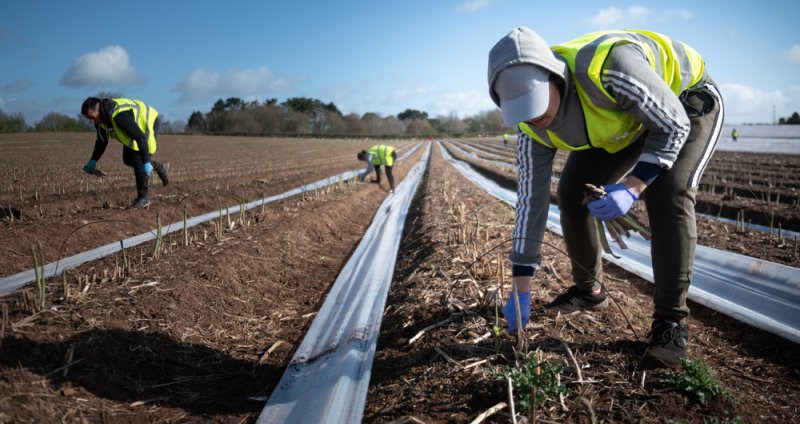 No agricultural roles are currently included on the Shortage Occupation List (Photo: NFU)

The NFU has submitted an 'extensive, evidence-based report' to the Shortage Occupation List consultation which showcases the value of overseas farm workers.

The consultation, by the Migration Advisory Committee (MAC), wanted to hear organisations' views on UK job roles that are filled by migrant workers.

The NFU has submitted its response, providing an outline of the farming industry’s needs when it comes to a permanent workforce.

It comes as freedom of movement is due to cease at the end of 2020, replaced with the government’s plans for a post-Brexit points-based system.

Taking into effect from 1 January 2021, the new system will end free movement and assign points for specific skills, qualifications, salaries or professions and visas .

The government said it would treat EU and non-EU citizens equally, and give top priority to those with the 'highest skills and the greatest talents'.

But the NFU's consultation response highlighted that it was 'absolutely crucial' that agricultural roles were recognised within the Shortage Occupation List (SOL).

At the moment no farming roles are included within the list, even though overseas workers make up a large and crucial part of the industry's workforce.

Speaking last year, NFU president Minette Batters said she was 'staggered' that farming had been 'ignored', and that the MAC had 'failed to recognise the needs of the industry'.

Now the union's vice president Tom Bradshaw has said that the importance of migrant workers' in providing food for the nation 'cannot be understated'.

"Most farm jobs fall below the government’s salary threshold of £25,600, and with businesses struggling to increase wages due to pressures for cheap food, the SOL is likely to be the only way to achieve the points needed under the new immigration system.”

The SOL consultation operated on a tight turnaround of only six weeks, starting from 10 April and closing on 24 June, but in that time more than 650 farmers responded to the NFU’s survey.

Mr Bradshaw added: “We have been able to submit an extensive, evidence-based report which showcases the value of overseas workers throughout the supply chain and the need to be able to access their skills through our immigration system.

“I look forward to seeing the MAC’s recommendations to government and hope they have taken on board the evidence put forward by the farming industry.”

All of the following farm roles were cited by at least 50% of respondents, ranking from the highest percentage of respondents citing shortage to the lowest: