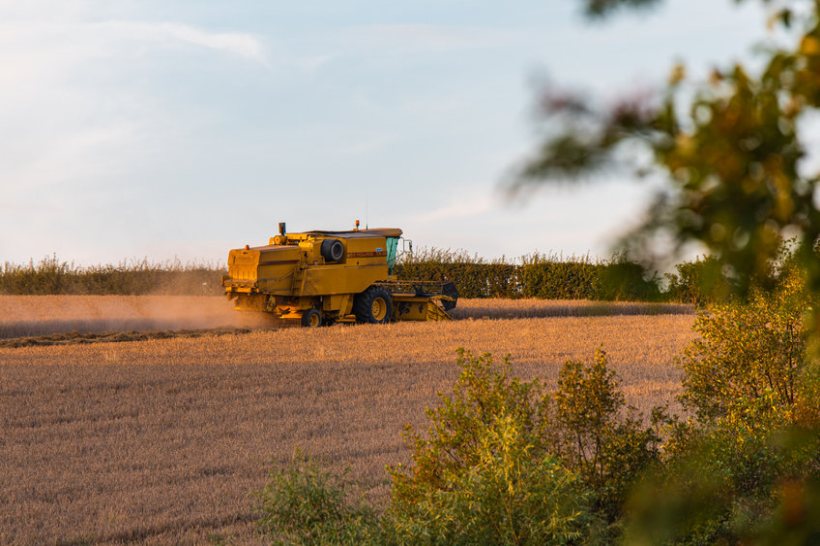 The government has pledged to boost the level of food the UK produces in light of Russia's war in Ukraine and the impact it is having on global supplies.

Prime Minister Boris Johnson said the blueprint set out "how we will back farmers, boost British industry and help protect people against the impacts of future economic shocks by safeguarding our food security".

The strategy commits to 'broadly maintaining' the current level of UK food production, while boosting production in certain sectors, such as horticulture.

And £270 million will be invested across farming innovation funding programmes until 2029 "to unlock technologies to drive sustainable farming techniques".

The government says this will "help increase productivity and profitability, as well as the sector’s long-term resilience".

Mr Johnson added: "Harnessing new technologies and innovation, we will grow and eat more of our own food - unlocking jobs across the country and growing the economy, which in turn will ultimately help to reduce pressure on prices."

The strategy includes plans to consult on an ambition for 50% of public sector expenditure on food procurement to be on food either produced locally or to higher standards.

An independent review will also be launched to tackle labour shortages in the food supply chain, and to look at the roles of automation, domestic labour and migration.

And plans have been set out to create a new professional body for the farming industry to step up training and skills, as well as to develop career pathways.

The strategy's launch comes against the backdrop of Russia’s invasion of Ukraine, which has caused knock on impacts for global food supplies as well as spikes in prices.

Welcoming the strategy, the NFU said the war had focused attention on the importance and fragility of the global food security.

The union's president, Minette Batters said: "Food production will always be core to a nation’s resilience and I’m pleased the government has recognised this.

“We know the public want to be eating more local, British food and farmers are ready to play their part in producing high quality and climate-friendly food, all while protecting and enhancing our environment.

"We now need to see this strategy develop into clear delivery and investment to capitalise on the benefits food and farming delivers for the country, such as our world-leading standards of animal welfare, environmental protection and food safety.”

But critics of the blueprint have pointed to the government's roadmap setting out reductions in farmers' basic payments and the impacts of post-Brexit trade deals, including lower-standard food imports.

“If this Conservative government was serious about supporting British farming, they would scrap their short-sighted plans to cut basic payments to farmers by a fifth this year."

Sue Davies, of consumer group Which?, said the strategy lacked ambition and many of the recommendations made by the independent review of the food system, spearheaded by businessman Henry Dimbleby last year.

"It is right that the strategy stresses the importance of driving more sustainable UK food production, but many of the recommendations made by the government's independent adviser... have been watered down, ignored or put off for further consultation."

What else is included in the strategy?

• Incentivise the sector to use surplus heat and CO2 from industrial processes, and renewable sources of energy to increase domestic horticultural production

• Consult on how to improve on and expand animal welfare labelling, to help consumers identify when products meet or exceed our high UK animal welfare standards

• Publish a framework for land use in England next year

• Explore how to make the most of innovative feed additives that can reduce methane emissions from livestock, to support sustainable farming